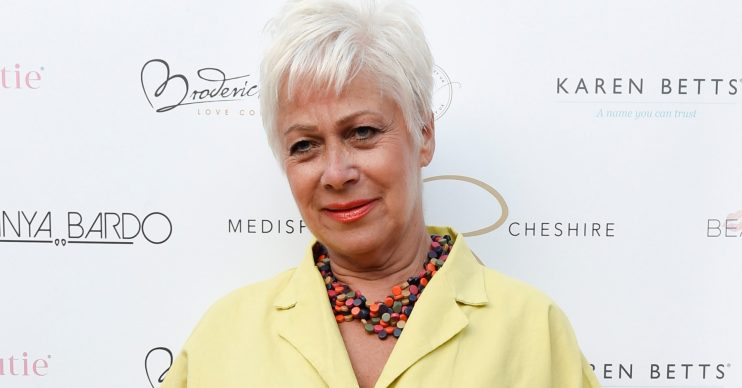 Denise Welch broke down in tears as she showed her fans what it’s like in the midst of a clinical depression episode.

The Loose Women star, who is very open about her battle with depression and anxiety, shared a series of videos to Twitter on Sunday as she revealed she was having a “mild episode”.

In the first video, Denise said her episode started on Saturday with “feelings of slight unreality” and the atmosphere around her started to change.

She said: “I am in the midst of a mild episode of clinical depression. This started yesterday with feelings of slight unreality and the atmosphere around me starts to change.

“Even things I have to do this week, I start to stress about maybe having to withdraw from something and letting somebody down.”

Denise said she usually talks to her husband Lincoln but he wasn’t there at that moment.

She added: “I get a metallic taste in my mouth and a tingling in my palms and the colour starts to go. Right now, I’m going through the emotions but I just want to be on my own and it’s hard.

“I’m going home today [from a trip] and I will get back and I’ll be kind to myself and I will go to bed and I’ll try to sleep.”

In another video, posted a few hours later, Denise said she was “overwhelmed” with the response to her video from fans.

The star told her followers that she believes it’s “important” for her to “share an episode visually” as well as speaking out about her depression.

She added: “I’m going to bed soon. I get scared of the night time because I don’t know what the day is going to bring.

“Because I don’t drink anymore I don’t compound this illness like I used to. You try to take the pain away with something but then it makes it 10 times worse. I don’t do that anymore.

“If I can’t sleep, I’m going to try not to panic. Hopefully tomorrow this nasty visitor [depression] will have left.”

Around 15 minutes later, Denise shared a video of herself breaking down in tears.

She said: “This is 15 minutes later and I’ve left the last video…” as she burst into tears.

Denise continued: “Part of me feels ridiculous sharing this because I just feel if I’m going to talk about the journey of an episode… I want you to see there’s nothing different in my circumstances to yesterday but I’m terrified of everything.

This is hard to share but I said I would. 15 minutes later pic.twitter.com/nv7D8Jihxl

“Everything’s dark and normal things I wouldn’t do like I really look forward to just my husband coming home and we just watch [bleep] television, there’s just no joy in anything.

“That’s what it feels. There’s no joy… any good news or bad news, none of it makes any sense, it just doesn’t matter. I’m just trying to chronicle this journey so that people who don’t understand can understand.”

Around 30 minutes later, Denise posted another video of herself.

She said: “Crying is good. Felt a little bit of relief crying because sometimes when the episode is worse than this, it completely makes it impossible to even cry.

“A lot of you are saying, ‘are you on your own?’ but to be honest, you sometimes need to be on your own. Lincoln is about to walk through the door any minute.

Off to bed. Got through yesterday and today & sometimes it only lasts 48 hrs. Fingers crossed x pic.twitter.com/uw3mwFk7hP

“But I’m okay. I’m well looked after and I’ll post again in the morning and let you know if it’s gone up or down and hopefully, up.”

On Monday morning, Denise shared another video and said she’s having a “better day”.

She said: “Today’s a better day than yesterday. I think the visitor [depression] has made a short visit and is on his way out.

“There’s a blanket of black swirliness that happens usually in the night but I didn’t have that. I work through my illness and I’m not defined by my illness because when the sun comes out again, which it has, my life is good.”

Today is a better day. No swirls. He’s leaving I hope ❤️ pic.twitter.com/NIoGvcVpQ3

Can you relate to any of Denise’s comments? Leave us a comment on our Facebook page @EntertainmentDailyFix and let us know what you think.