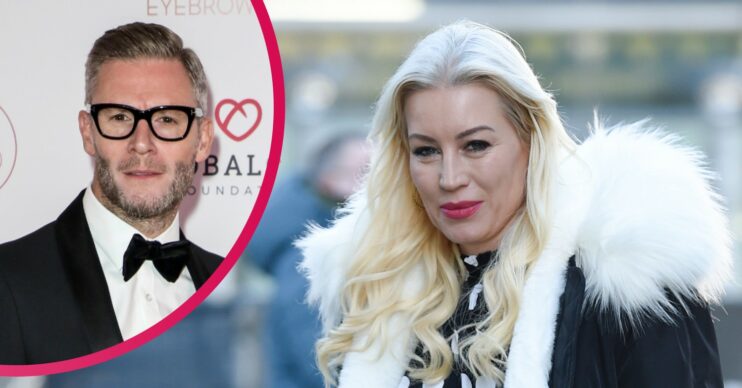 Denise and Eddie split in January after almost 8 years together

Denise Van Outen has revealed more details about the “cheating” incident which led to her split from fiancé Eddie Boxshall.

The 47-year-old presenter has claimed that Eddie stole her phone and blocked a woman he was sexting to hide his cheating from Denise.

After almost eight years together, Denise ended her relationship with her fiancé, Eddie, back in January.

It was reported at the time that the split was down to the fact that Eddie had been sexting other women behind Denise’s back.

With the release of her new book, A Little Bit Of Me, yesterday (Thursday, March 17), Denise has confirmed these reports.

In her new autobiography, she discussed the time she found that Eddie had been messaging other women on Instagram.

“There were also Instagram messages alluding to phone sex with a third woman,” Denise said, explaining what she found on Eddie’s iPad.

“I quickly found the woman’s profile by her screen name, only to discover I’d previously blocked her on my Instagram account – which struck me as odd.”

What did Denise say next?

Denise then went on to explain what she did next upon seeing that she’d blocked this mystery woman.

“This was a woman I didn’t know, who’d clearly had an online connection with my boyfriend. Why would I have blocked her from my Instagram account?” she wrote.

Denise said that she instantly unblocked the woman and asked her how she knew Eddie.

“She suggested that Eddie had probably gone into my phone and blocked her so she couldn’t message me,” Denise said.

“Her name was Tracy and she has apparently spoken to Eddie over FaceTime and text for a long period – often from our home and sometimes from my flat in Hampstead, which she seemed to think was his,” she continued.

“They’d never met in person, but she said the conversations had become sexual in nature reasonably quickly – some of the stuff I found on the phone seemed to support that.”

However, Eddie had ghosted Tracy, which the woman wasn’t happy about.

What else did Denise Van Outen say about her split from Eddie?

Elsewhere in the book, Denise also revealed that she found pictures of another woman’s breasts on Eddie’s iPad.

She also found more sexual texts with another woman too – on top of those Eddie had already had with Tracy.

“To me, sexual chats and continued communication over a long period of time amount to cheating,” Denise said.

She then went on to say that she had confronted Eddie on what she had found, however, he denied any wrongdoing. It was at this point that Denise ended the relationship and asked him to leave.

Denise then went on to say that Eddie’s betrayal was “disrespectful and devastatingly hurtful”, and eventually led to her “crying her eyes out” to her mother.

“If I hadn’t found those pictures, I’d be planning a wedding right now. Instead, I’ve simply got to move on,” she wrote.