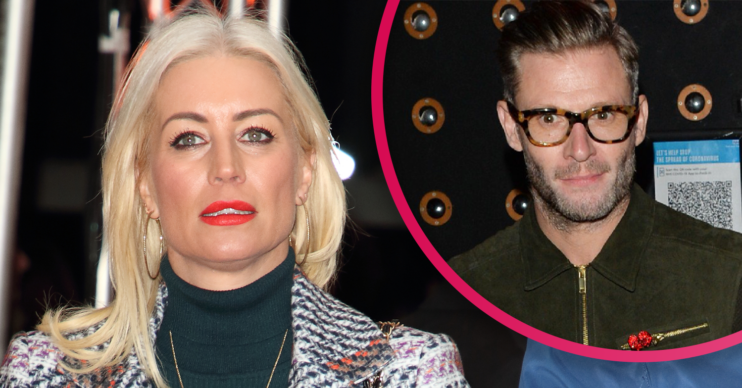 Duncan is now her partner on Celebrity Gogglebox

The couple separated earlier this year amid claims Denise found messages from Eddie to other women.

Since then, she’s turned to a gang of pals for support, giving one “really good friend” a special mention.

And she’s reached out to fans to thank them with a new work project, too.

Opening up to Metro, Denise explained that Blue singer Duncan James has been an invaluable support to her.

Of course, Celebrity Gogglebox fans will know that heart-throb Duncan replaced Eddie on the show following the split.

And now Denise has thanked him publicly for all his support.

The pair have been firm friends since they both shot to fame in the 1990s.

He’s been a really good friend to me, and especially over the last few months when I’ve had a few personal things going on.

Denise then revealed that Rylan Clark is also in their “little group”.

She said: “We’ve got our little group, it’s me, Dunc and Rylan and we’re all looking out for each other. It’s been really nice.”

‘The perfect fit’ for Celebrity Gogglebox

Despite splitting from her Celebrity Gogglebox partner, Denise said she still wanted to be part of the show.

She said it was “really nice” that someone who “comes over to my house anyway” could join her on the Channel 4 series.

She added that Duncan seemed like “the perfect fit”.

Denise thanks fans for support

Referring back to her split from Eddie, Denise also issued thanks to all the fans that rallied round and showed their support.

And she’s revealed that she’s thanking them right back with her new work project – a cover of the disco classic From New York To LA.

“Even through my recent break up, I’ve had a lot of amazing people reach out to me, and I suppose it’s a sort of thank you for the love and support from my side as well,” she said.