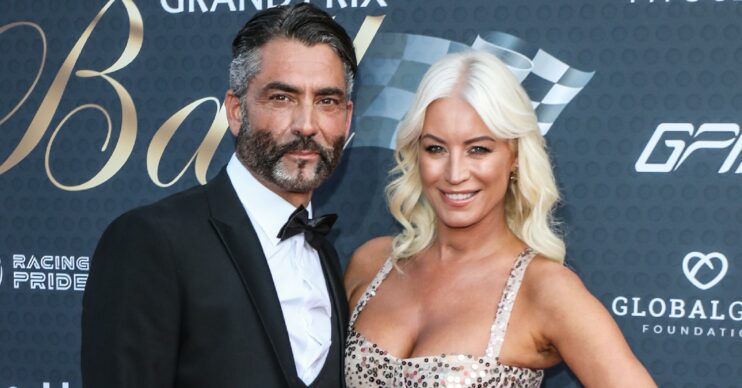 Now the real reason behind their debut has been revealed – and it’s very sweet.

Denise and her new boyfriend, Jimmy, were in attendance at the Grand Prix Ball last month.

It marked the first time that the couple had attended an event together.

Denise and Jimmy got together after Denise, 48, and her ex, Eddie Boxshall, 47, split up in January.

The star broke things off with Eddie after learning that he had been messaging other women behind her back. They had been together for seven years.

Since their split, Denise has moved on with Jimmy, 55 – an Italian property developer.

They have since moved in together, reports claim.

Now the real reason the couple decided to go public has been revealed – and it’s really sweet.

According to a source close to Denise, the actor is “head over heels” with Jimmy, hence why they went public last month.

Speaking to OK!, the source claimed: “Denise is head over heels for Jimmy – he feels like a breath of fresh air and is a real man after all of Eddie’s drama.”

They continued, saying: “He makes her laugh; they’re having so much fun together. It’s not been long but she’s smitten which is why she went on red carpet official with him.”

The source then continued, explaining that Denise had had some “really difficult” few months after her split from Eddie.

They went on to allege that she wanted to give herself some time to “trust again”.

According to the source, this was a “tough process”, especially after how things with Eddie ended.

However, when she met Jimmy, things “just felt right” for Denise.

The source went on to claim that he makes her laugh like she never has before.

“He cracks her up and they are very happy together. It’s obviously very early days but it’s very clear that Jimmy is keen on Denise,” they said.

Have your say on our story on our Facebook page @EntertainmentDailyFix.