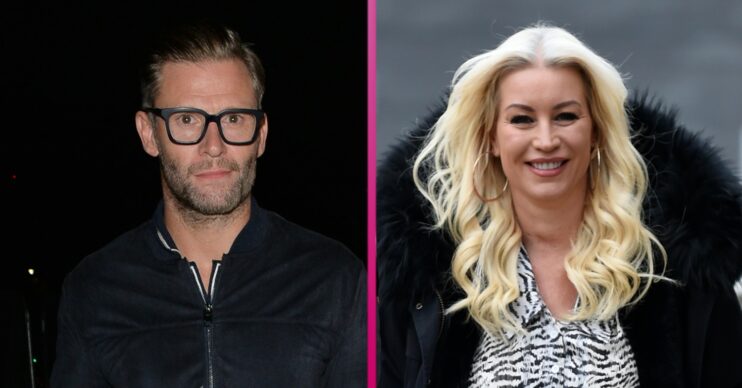 The ex of Denise Van Outen, Eddie Boxshall, shared a cryptic quote after she broke her silence on their split during a recent interview.

Eddie took to Instagram with a series of cryptic posts yesterday, leaving some of his followers confused.

Denise Van Outen speaks out on her split with Eddie

During a recent appearance on the Zoe Ball Show on BBC Radio 2, Denise opened up on her split from Eddie.

The couple were together from 2014 until January of this year. It was reported that their split was down to the fact that Eddie had allegedly been caught having phone sex and arranging to meet another woman.

Speaking on the BBC Radio 2 show, Denise said: “The one thing I’m really proud of myself for is I do know when to walk away and I don’t like to be taken advantage of.”

“Sometimes it’s been to the detriment of my own career or in my own relationships, but I just feel like it’s really important as a woman to have self-worth and self-respect,” she continued.

“I’ve always tried to maintain that in anything that I do in life, generally. More so now as a mother because I feel like I’m a role model and I’ve got to set an example.”

After Denise opened up about her split, Eddie took to Instagram to upload a series of cryptic posts.

One post uploaded by the 46-year-old was a short video of a street sign reading “I’m so happy we met”.

“We met for a reason and for that I’m happy,” he captioned the post. He then went on to add a series of hashtags, reading: “#meanttomeet #reasonseasonorlifetime #happywemet #whoeveritis #whateverreasonitis.”

Another post uploaded by Eddie was a cryptic message that some believe to be aimed at ex, Denise.

“Love is more important than money,” the post reads. “Thought of the day,” Eddie captioned the post.

Later on, Eddie uploaded a picture of a neon sign reading “Let that [bleep] go”.

How did Eddie’s followers react?

Some of Eddie’s 65.3k followers were in support of his profound messages on Instagram. However, some were concerned.

“You’ve posted some very profound things today Eddie, hope you are ok, big hug,” one of his followers said.

“It’s getting closer to the 17th,” another replied. The 17th March is when Denise’s new autobiography, A Bit Of Me, is released.

Eddie was quick to hit back at his follower’s comment, however.

“It’s about not washing your dirty laundry in public for PR purposes I think you will find,” he wrote.

Denise has promised that she has worn her heart on her sleeve with her new book. Does this mean that more will be revealed about her split from Eddie?