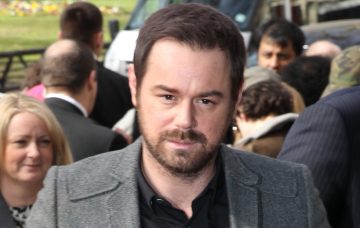 EastEnders insiders have hit back at claims at Danny Dyer is in trouble for over-sharing on social media.

A report in the Daily Star Sunday claimed that the actor, who plays Queen Vic landlord Mick Carter, had been warned by EastEnders bosses that posting snaps on set could ruin future storylines for viewers.

It had been claimed that the actor was taking snaps in between filming scenes in the iconic Walford pub, and then posting them online for his followers to see.

Danny has only just returned to social media after taking a break from posting for his fans – but it seems that his return has set the rumour mill into onto overdrive.

Despite the claims made by the paper, show insiders have told us that the story was total rubbish… “There is no truth to this at all. All of the cast are mindful about what is posted on social media.”

While is seems there’s no drama behind the camera for Danny – the same definitely can’t be said for his character, Mick.

The Carters are thrown into further turmoil this week when he finds drug dealing going on in the pub toilets.

Just when it seemed the family had got their business back on track – this latest setback throws their future into jeopardy once again.

Could this latest drama be the straw that broke the camel’s back for the family?