Hollywood superstar Demi Moore has alleged her late mother allowed her to be raped in exchange for $500.

The 56-year-old actress has been speaking out about her life recently as she promotes her new memoir Inside Out - which is set to be released today (24.09.19) - and has now alleged she was raped at the age of 15 and claimed her mother was paid $500 by her rapist.

I recently sat down with actress @justdemi. Today, you saw us talk about a turbulent childhood and her rise to fame. Tomorrow on @GMA - marriage, motherhood and how she became a trailblazer for women. Some topics in her new book “Inside Out.” pic.twitter.com/FtBMzejOEF

Speaking to Diane Sawyer for US talk show Good Morning America on Monday (23.09.19), Demi claimed her alleged rapist asked her at the time: "How does it feel to be [bleepd] by your mother for $500?"

But Demi doesn’t believe her mother - who passed away in 1998 - "sold" her, as she says she doesn’t think the alleged incident was a "straightforward transaction".

In my deep heart, I don’t think it was a straightforward transaction.

When Diane asked her if she thinks her mother sold her, the Ghost star said: "No. In my deep heart, I don’t think it was a straightforward transaction. But she still did give him the access and put me in harms way."

COMING UP ON @GMA: We sit down with @justdemi for part 2 of her exclusive one-on-one interview with @DianeSawyer.

Demi writes in length about her childhood in her upcoming memoir, where she writes that both her parents battled alcoholism and raised her in an environment that was fraught with infidelity and fights.

The Rough Night actress recalls being 12 years old when her mother first tried to take her own life, and says she saved her by using her fingers to dig the pills her mother had swallowed out of her mouth.

She said: "[My childhood] was done. [It was a] life-changing moment." 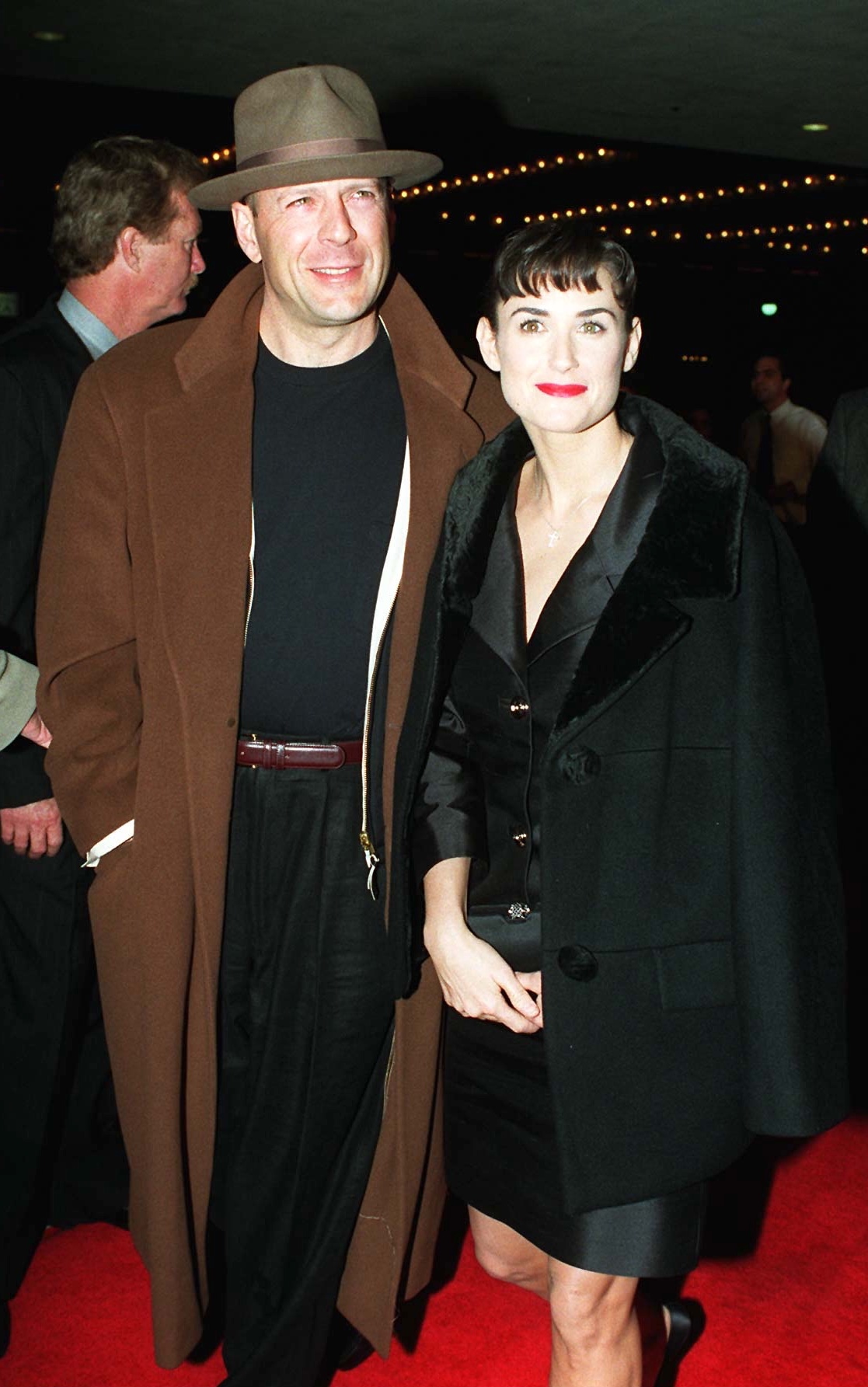 Demi and Bruce as a couple (Credit: SplashNews.com)

Demi - who is mother to Rumer, 31, Scout, 28, and Tallulah, 25, whom she has with her ex-husband Bruce Willis - has also battled drug and alcohol addiction herself, and recently opened up about her battle for sobriety, and compared the feeling to her decision to have natural births for her three kids.

She previously explained: "In retrospect, what I realised is that when I opened the door [again], it was just giving my power away.

"I guess I would think of it like this: 'It was really important to me to have natural childbirth because I didn't want to miss a moment.'

"And with that I experienced pain. So part of being sober is, I don't want to miss a moment of life, of that texture, even if that means being in some pain."