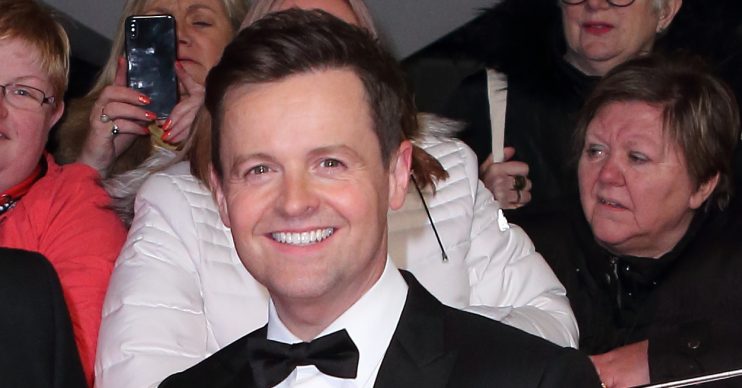 Poor pooch was attacked by a fox

TV’s Declan Donnelly has revealed that his beloved sausage dog Rocky was attacked by an “grumpy fox” in his garden.

Britain’s Got Talent star Dec took to Twitter to reveal that he rushed the pup to the vets, where Supervet star Noel Fitzpatrick acted to save his life.

The incident happened just days after Dec and his presenting partner Ant McPartlin scooped the Best Presenter gong at the NTAs for the 19th consecutive year.

Accident-prone Rocky had previously been under the care of the Channel 4 vet when he hurt his back.

Sharing a picture of Rocky with Noel, Dec revealed: “Another thank you to this guy @ProfNoelFitz & his amazing staff for looking after Rocky & getting him back on his feet after a run-in with a grumpy fox in our garden. Cheeky bugger.”

Another thank you to this guy @ProfNoelFitz & his amazing staff for looking after Rocky & getting him back on his feet after a run-in with a grumpy fox in our garden. Cheeky bugger! The care & attention from @fitzpatrickref is so reassuring & comforting. Thanks again everyone.D x pic.twitter.com/Hp6HCbnifh

Last month, Dec shared a picture of himself and Rocky with Noel, calling Noel a “legend” and his staff “heroes”.

Read more: Maura Higgins could be forced to pull out of Dancing On Ice due to injury

Animal lover Dec – who is marred to wife Ali Astall and dad to daughter Isla – shares a close bond with Rocky.

The pooch even accompanied him to the recent BGT semi-finals when his presenting partner Ant was forced to take time out.

Thank you to this guy and his amazing staff for looking after Rocky and getting him back on his feet after a run-in with a grumpy fox in our garden.

Dec told the studio audience: “Rocky has come to keep me company and show moral support as I’ll be on my own tonight, although I’m getting the feeling he’s not as excited about the start of the BGT semi-finals as I am.”

The pint-sized presenter even admitted that Rocky is best pals with Ant’s dog Hurley, who he shares with ex-wife Lisa Armstrong.

Another thank you to this legend and the amazing staff at @fitzpatrick_referrals for taking care of Rocky after the silly sausage hurt his back again! We never fail to be impressed by the kindness and care shown by all. You’re heroes! D x #dachshund #dachshundsofinstagram #supervet

Dec said: “Now are dogs are best mates… It’s nice because we’ve got the excuse that we need to take the dogs for a walk now and then we stop for a pint.”

Earlier this week, Ant and Dec shared the first trailer for the new series of Saturday Night Takeaway.