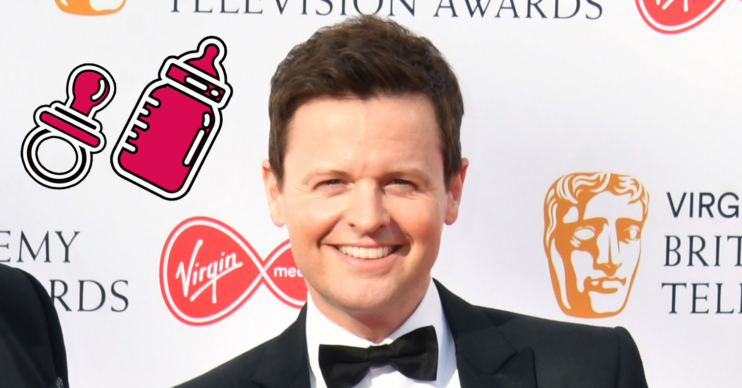 Declan Donnelly welcomed his second baby with wife Ali Astall over the weekend.

The little boy – named Jack – has been descried as a “welcome ray of light” following the tragic death of Dec’s brother Father Dermott.

Friends and fans and even a celebrity ex were among those sending their love and congratulations on the birth.

Clearly proving there’s no hard feelings, one of Dec’s famous exes was among the first to send their congratulations.

Dec had a rumoured romance with Pussycat Doll Ashley Roberts after she appeared on I’m A Celebrity back in 2012.

Dec made no secret of his crush on the blonde beauty, often joking live on air that a romance was brewing.

The American singer, in return, hinted that she wouldn’t say no to a date.

The pair were linked a few months later in the spring of 2013.

‘We’re just getting to know each other’

Ashley even lifted the lid on their rumoured romance.

She said: “We’re trying to keep it out of the public eye. We’re just getting to know each other.”

Although the romance fizzled out, the pair remained friends.

Ashley even had a starring role presenting Ant Vs Dec on Saturday Night Takeaway.

And she revealed: “I know everyone was hoping we were together, but he is just a friend. I love both those boys so much. We have so much fun together.”

They’re clearly still close, with Ashley sending her congratulations on the birth of baby Jack.

Dec shared a picture of him holding his son’s hand to Instagram last night (July 24).

He said: “Shortly before 10am yesterday, 23.7.2022, Ali and I welcomed the arrival of our son, Jack Anthony Alphonsus, a very welcome ray of light.

“He is wonderful and Isla is beyond excited to be a big sister! D x.”

She shared: “Awww congrats!!! Much love to the fam.”