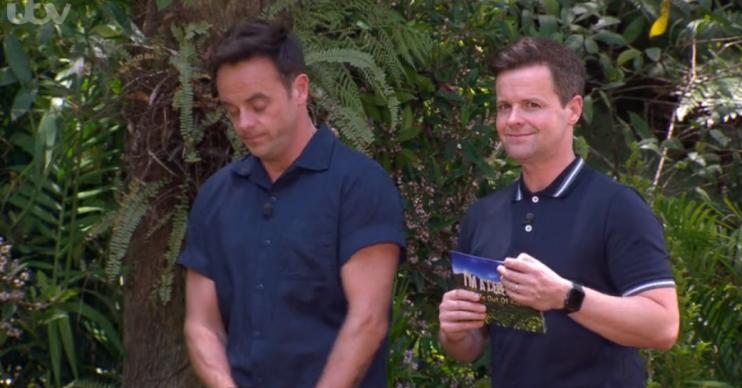 Dec Donnelly voted fittest out of Ant and Dec

Could it be the huge bulge?

They might have escaped the jungle for another year, but hosting pair Ant McPartlin and Dec Donnelly are still hitting the headlines.

A poll has asked which half of the I’m A Celeb pair they found fittest, and Dec, 44, won out over his long-term presenting partner.

No surprise really when you consider that fans went wild when they spotted Dec’s “massive bulge” Down Under.

The Mirror reports that a poll conducted by Ginger Research found that 59% of the 2,000 people asked said that Dec was hotter than Ant.

The public vote comes after campmates on I’m A Celebrity discussed who they thought was hotter out of the two.

Girls Aloud singer Nadine Coyle was on Team Dec, while eventual winner and this year’s Queen of The Jungle, Jacqueline Jossa, opted for Ant.

Jac, 27, said: “Ant and Dec, they’re a bit of alright, actually. I think they’re funny, they smell good. And actually, as they get older, they look even better.

“Don’t know if they’ve had a bit of work done or something, but they are getting better looking and potentially looking younger.”

A spokesperson for Ginger Research said: “We decided to put the question to the nation, and they have spoken – Dec is fitter.

We decided to put the question to the nation, and they have spoken – Dec is fitter.

“However, if Ant wants a kiss under the mistletoe this Christmas it looks like he should head to Leicester, as it was the only town in the UK where residents believe Ant is more handsome.

“And it’s only 190 miles from his native Newcastle.”

Dec looks like he’s packing quite a bulge tonight…. not that I am looking 😳 #ImACeleb #imacelebrity #IACGMOOH

Read more: Kim Kardashian hits back I’m A Celeb bosses and say ‘no one’ asked Caitlyn’s family to take part

Dec’s appearances – and one in particular – sent viewers wild on Twitter.

One viewer tweeted: “Dec looks like he’s packing quite a bulge tonight… not that I am looking.”

Which one do you find fittest? Leave us a comment on our Facebook page @EntertainmentDailyFix and let us know what you think!