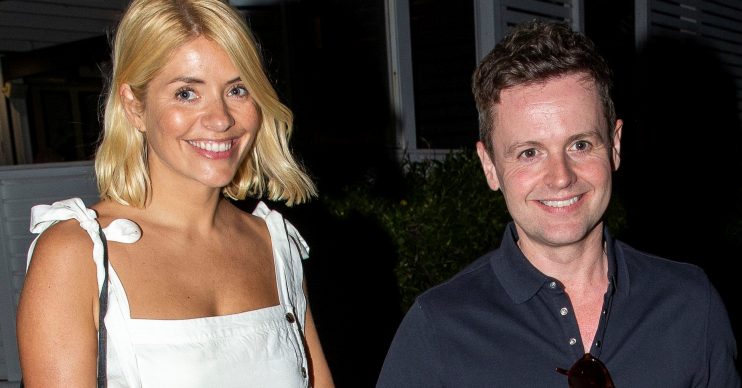 She previously called it an "a one-off, once in a lifetime adventure"

Dec Donnelly has opened up about Holly Willoughby‘s future on I’m A Celebrity.

This Morning presenter Holly filled in for Ant McPartlin during last year’s series alongside Dec, while Ant took the majority of the year off to focus on his recovery following his drink-drive arrest in March 2018.

Holly previously said her stint on the show was an “a one-off, once in a lifetime adventure,” but Dec has hinted she could return in the future.

Speaking to Hello! magazine at the Bafta TV Awards last night about the possibility of Holly returning, Dec said: “That’s kind of down to her I suppose [if she wants to come back], she was fantastic out there last year.

“She made it clear that she’s seen it as a one-year thing so I don’t think she’ll be back this year – but you never know, there’s plenty of time between now and then.

“Holly came in and did a fantastic job, and she loved it and we loved having her. It had a differently feel to it this year but it was really fun.”

In December, Holly confirmed she wouldn’t be co-hosting the show with Dec again this year.

Speaking about the Dancing On Ice launch, she told The Sun: “It was a one-off, once in a lifetime adventure. I’ll be at home with everyone else having a glass of wine watching it.

Accepting the gong, Dec said: “Thank you Holly for helping me out last year. You did a fantastic job standing in for Ant, who has reluctantly come up here tonight.”

Dec added: “He’s still part of the team as well. Thank you Bafta this is a wonderful surprise have a wonderful evening.”