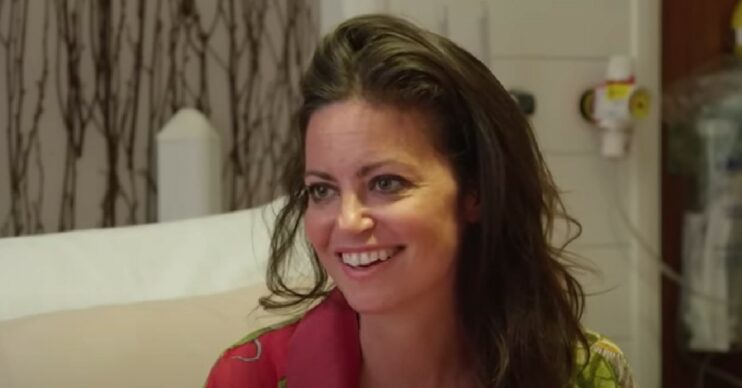 Reflected on her latest campaigning success

She hopes this might ensure people are more aware of crucial signs in order to catch any cancer early on.

And now it seems the 40-year-old mum-of-two has achieved her aim after Andrex indicated that will happen.

She shared her news in her most recent Instagram Stories posts, her first on the social media platform for a few days.

Deborah re-shared an upload from Andrex which hailed her campaigning efforts.

Alongside a pic of Deborah, the post read: “Thank you @Bowelbabe for the brilliant work you are doing to raise awareness of bowel cancer.”

And Deborah’s other post highlighted how Andrex will be rolling out the important message.

Her caption read: “28 million packs! Coming soon! Puppy we are embracing the poo.”

What Andrex are doing

According to reports, Andrex has teamed up with Bowel Cancer UK to put the information on packaging.

Furthermore, it aims for bowel cancer symptoms to appear on all of their packaging within the next year.

Additionally, there will be a QR code on the packs. That code will redirect people to Bowel Cancer UK’s website for further information.

Meanwhile, Dan Howell, managing director of manufacturers Kimberly-Clark, said: “We’re incredibly honoured to partner with Bowel Cancer UK in helping to raise awareness of the disease through our Andrex brand.

Bowel cancer is the fourth most common cancer in the UK with the second highest mortality rate.

“Bowel cancer is the fourth most common cancer in the UK with the second highest mortality rate.

“Our announcement today is just the start of our work with the charity, and we’re committed to making it an ongoing partnership.”

In addition, Deborah revealed earlier this week she has insisted her brother Ben continue with his holiday plans, despite her condition.

According to reports, she told him and his fiancée Ashley they should not cancel their trip.

“He’s off on holiday to the US. I have told him they have to go, they’ve planned the trip for ages. I also told him he must not come back, under any circumstances,” Deborah said.

Speaking ahead of their farewell, she added: “He says he’ll come home. It’ll be horrible saying goodbye to him. I can’t really think about it right now.”