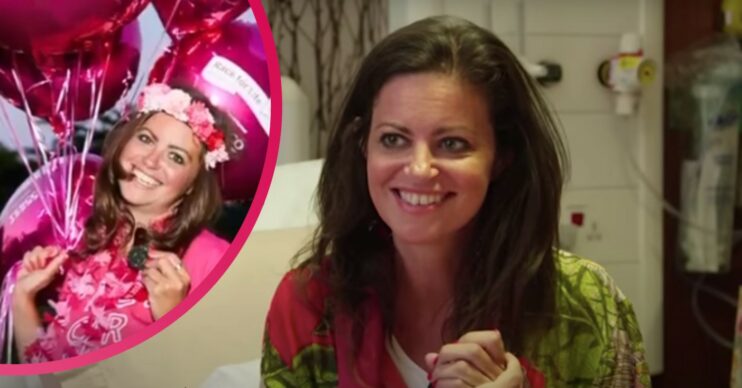 Heather James has praised her daughter following another triumph

Deborah James’ proud mum Heather has praised her daughter after yet another huge achievement, sharing the news to Instagram.

Heather, 64, took to social media after learning that Deborah has sparked a new incentive with Tesco.

From next month, the supermarket giant will print the signs of bowel cancer on all its packets of toilet roll.

This comes after Andrex bosses also promised to do the same on its packaging.

Congratulating Deborah on her latest accomplishment, Heather wrote on Instagram: “Well done Deborah and a huge thank you to @tescofood for your support and £300,000 donation to the @bowelbabefund.”

Deborah’s fund, which she set up to raise money for Cancer Research, currently stands at £6.7million.

It comes after the 40-year-old Dame enjoyed a day out in the sun with Heather this week.

The mother and daughter were snapped enjoying a drink at a canal-side pub close to their home in Surrey.

Sharing the picture on her Instagram, Heather – who calls herself Bowel Gran in support of Deborah – wrote: “A lovely relaxing lunch in the sunshine.”

Their special time together came following a very difficult day for the James family.

A few days earlier, Deborah had said goodbye to her brother and his fiancée as they headed off to America.

The couple had booked the trip long ago and Deborah, who has terminal bowel cancer, insisted they didn’t cancel.

She also warned them not to return to England should the worst happen.

Speaking to The Sun before saying goodbye, Deborah said: “He’s off on holiday to the US.

“I have told him they have to go, they’ve planned the trip for ages. I also told him he must not come back, under any circumstances.

“He says he’ll come home. It’ll be horrible saying goodbye to him. I can’t really think about it right now.”

Deborah, a married mum-of-two, was diagnosed with bowel cancer in December 2016.

She has fought tirelessly throughout her illness to raise awareness of the disease, using the nickname Bowel Babe.

But last month, Deborah revealed her treatment had stopped and that she had moved to at-home hospice care.

Deborah also used her emotional announcement as an opportunity to launch her Bowel Babe Fund.

Within hours, she had raised millions and her bravery and efforts have since earned her a Damehood.