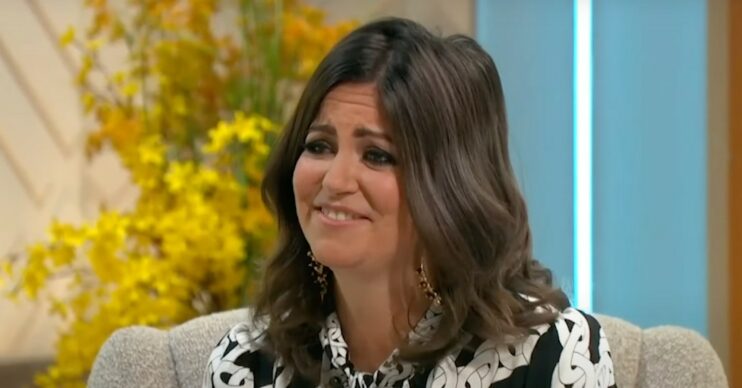 A medical emergency last month left her fearing she would die

Deborah James, also known as Bowel Babe on Instagram, revealed that she said goodbye to her children following a medical emergency back in January.

The 40-year-old mum of two, who is battling bowel cancer, went into detail about the event that nearly killed her last month in a new column.

What happened to Deborah James?

Deborah has been battling stage four bowel cancer since 2016.

She was diagnosed with the disease at the age of 35 and was told she may not live beyond five years.

Deborah has an Instagram account in which she keeps her 388k followers up to date with her ongoing battle with the disease, through the ups and the downs.

She also has a column for The Sun, and it’s here she revealed that she almost died last month.

She said that she was still weak, but “ploughing on”.

What did Deborah James, aka Bowel Babe on Instagram, say?

Deborah revealed that she is suffering from PSTD following the event that almost killed her. She said it’s taken her a month to put into words what happened.

Deborah described the event on January 6, 2022, as the scariest moment of her life.

She said that she had been off cancer treatment for four months, and was just about done recovering from colitis.

In the lead-up to January 6, Deborah said she wasn’t feeling well, and booked herself in for a blood test.

She learned that her cancer was growing again, and she was suffering from liver failure because of it.

Deborah had an operation booked in for January 7 to unblock her bile duct, which the cancer was blocking. However, on the evening of January 6, she became very ill.

“I started aggressively vomiting very large volumes of bright red blood. I now know I was haemorrhaging, and lost a good litre and a half of blood,” she said.

What happened to Deborah next?

Deborah recalled phoning an ambulance as she was fighting to stay conscious.

She then said that her daughter walked in on the scene, and started screaming down the phone for the ambulance to help Deborah.

Deborah’s husband, Seb, rushed home, put her in the car, and drove her to the hospital himself. She said that as she lay in the car, she knew she was dying.

“I was still and calm, I wasn’t in pain but I was sad. I kept thinking, why now? Why is this my lot? I’m too young to die. I just want one more day, one more cuddle, one more sunrise. Why do I need to go this way?” she wrote.

Heartbreakingly, she added: “I held it together while drifting in and out of consciousness to say goodbye to my children, Hugo, 14, and Eloise, 12.”

She went on to say that once at the hospital, a crash team went to work at once saving her life.

They gave her more blood and put her in critical care, where she stayed for four days that were a “blur”. She was in the hospital for 10 days in total.

Deborah ended the article by thanking the NHS staff who saved her life, who gave her the opportunity to see her children again.