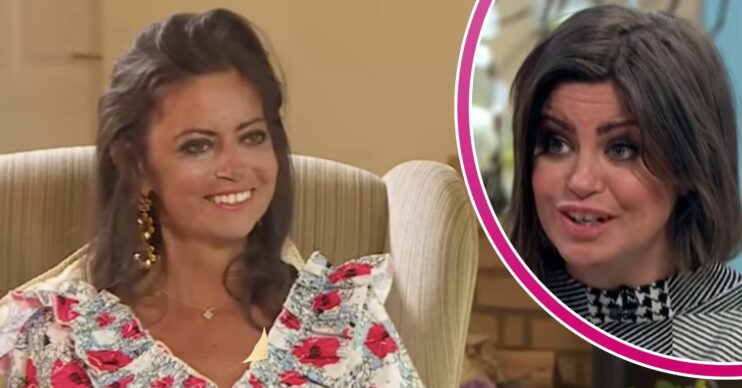 Dame Deborah James’ heartbroken husband Sebastian has revealed the promise he made to her moments before she died.

Sebastian, 42, held Deborah‘s hand as she took her last breath and his was the last voice she heard.

In his first interview since she passed away, Sebastian said he kissed her on the head in her final moments.

He told The Sun: “I told her how much I loved her, that I would look after the kids and the last thing I said to her was that I was so proud of her. Then she slipped away.

At the very end, it was quite spiritual.

“She had an incredibly peaceful death, if there was a way to die well, then she managed it.

“At the very end, it was quite spiritual.”

Who was Dame Deborah James?

Deborah, aka Bowel Babe, has left an extraordinary legacy behind since her death in June.

The mum-of-two was diagnosed with bowel cancer just days before Christmas in December 2016.

She was 35 years old and working as a deputy head teacher.

But despite her terrifying diagnosis, Deborah made it her mission to raise awareness of the disease.

Together with her friends Lauren Mahon and the now-late Rachael Bland, she launched the BBC podcast You, Me and The Big C.

Sadly, her cancer progressed to stage 4 and, in May this year, she had moved to at-home hospice care.

At the time, Deborah said: “The message I never wanted to write. We have tried everything but my body simply isn’t playing ball.

“My active care has stopped and I am now moved to hospice at home care, with my incredible family all around me and the focus is on making sure I’m not in pain and spending time with them.”

As a dying wish, Deborah wanted to launch her own fund to raise money for Cancer Research UK.

Incredibly, within hours of it going live, she had raised more than £1million.

With donations surpassing £4million in five days, Deborah was paid a visit by Prince William and presented with a Damehood.

Deborah’s husband ‘looks to the future’

In his interview, Sebastian explained he has taken the entire month of August off work.

He plans to spend every minute with his and Deborah’s two children, Hugo, 14, and 12-year-old Eloise.

The trio will also be visiting a place that was very close to Deborah’s heart.

Speaking of the magic his late wife brought to their lives, Seb said: “I don’t want us to go: ‘She’s not here, let’s be miserable. That’s not the legacy she wanted to leave behind.

“I wanted us all to just get away, and go in search of more joy and magic in her special place – a little village in the South of France.

“It’s bittersweet, it’s a magical place for us but it’s full of memories of Deborah.”

Sebastian and Deborah tied the knot in France 14 years ago.