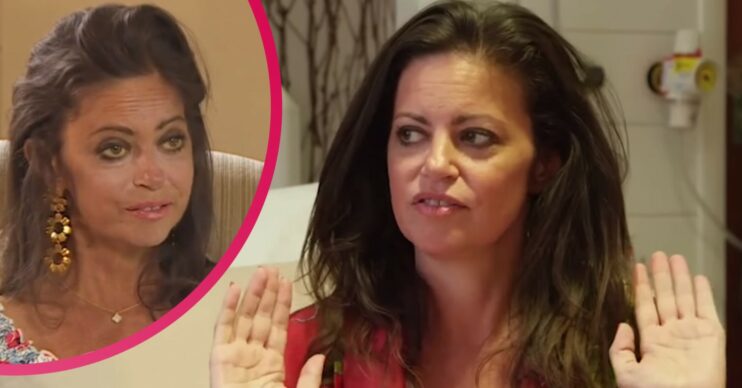 She said she's struggling with anger

Deborah James has made a heartbreaking admission as she faces her final days and says anger is getting the better of her.

The campaigner is on end-of-life care at her family home in Surrey, but in an interview with The Sun has said “dying is hard”.

She is working tirelessly to raise vital funds for Cancer Research with her Bowel Babe Fund before she dies, but has revealed things are beginning to take their toll now.

“Dying is really hard, I’ve been consumed by anger this week, in all honesty, I’ve been a real bitch,” she said.

“I keep shouting at people and pushing them away. I’m angry at what’s happening to me. I don’t want to die.”

The mum of two has previously told how she is keeping her kids, Hugo, 14, and Eloise, 12, away during her darkest moments and now she’s said that has extended to friends who she wants to ‘remember her as she was’.

Deborah revealed in a heartbreaking Instagram post last month that her body ‘just wasn’t playing ball’ any more. She said she had stopped active treatment.

The podcast host was first diagnosed with bowel cancer in 2016.

Her dying wish was to raise as much as she could for research into bowel cancer. She therefore set up the BowelBabe Fund. She has so far raised over £6.5million.

As well as donations, Deborah has launched a t-shirt and clothing collection with In The Style. She also had a rose named after her, and launched her second book..

And although she has said people are wondering why she’s doing all this it’s to “give me a purpose in my dying days”.

She added: “It’s amazing what you can do with a deadline – the ultimate one.

“And my family are all a part of this with me. We’re doing it our way.”

Deborah has been branded “inspirational” in her final days as she keeps fans updated on her Instagram account.

In the same Sun interview, she said she is determined to outlive the Jubilee weekend as she doesn’t want Meghan Markle to ‘steal her thunder’.

You can donate to Deborah’s Just Giving fund here.