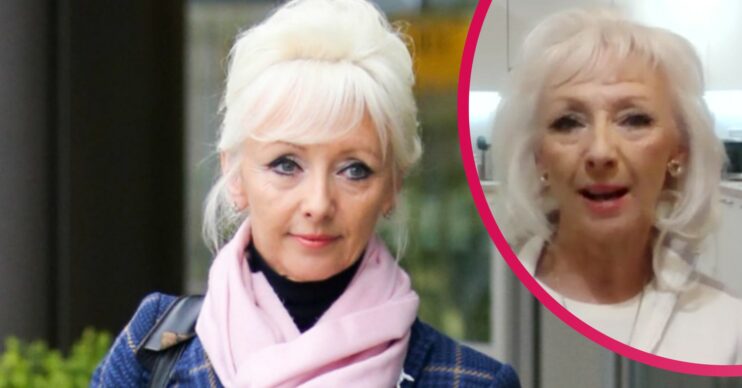 The performer is stranded in Southampton

The former Strictly Come Dancing star has been faced with the possibility of not seeing her loved ones on the day.

Debbie, 63, is currently staying in her flat in Southampton as she awaits test results.

She said: “When I’m finished this I’m going straight for a PCR test and of course if I’m positive I won’t be able to see my family on Christmas Day.

“I haven’t got anything Christmassy in the flat because I’m at the theatre all of the time.

Read more: The Queen will spend Christmas with Prince Charles and Camilla at Windsor

“I’ve got a little tree and everything there so I’ve already planned if I’m going to be here on my own where I don’t know anybody and if I test positive I can’t mix.

“I’m going to bring my tree home from the theatre and all my cards and I will plan my day.”

Debbie went on to reveal how she may spend Christmas on her own.

“I will ring everybody I know that are on their own,” she said. “I will go out twice for a long walk because being out in the fresh air is the best thing.

“You’ll meet somebody that you can smile at and say hello or say Merry Christmas which always makes you feel better.”

Debbie featured on the programme for GMB’s Million Minutes campaign.

Meanwhile, the star previously lost her husband Paul Daniels in 2016.

The much-loved magician passed away just four weeks after being diagnosed with a brain tumour.

Debbie previously shared: “From diagnosis, he died four weeks and five days later, so there wasn’t time to think about what was happening.

“We just had to get on with the situation and look after him. It wasn’t until after he died, that the huge realisation kind of washed over me.

Debbie has since revealed that she is ready to find love again following Paul’s death.

In February this year, she told The Mirror: “I’m not seeing anyone and haven’t been in a relationship with anybody since Paul died. But if I met the right person I could definitely see myself finding love again now.”