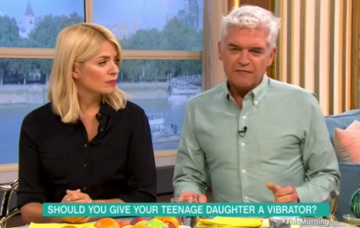 It was too much for some viewers

This Morning has come under fire today after holding a discussion about giving teenage girls vibrators to educate them about pleasure. 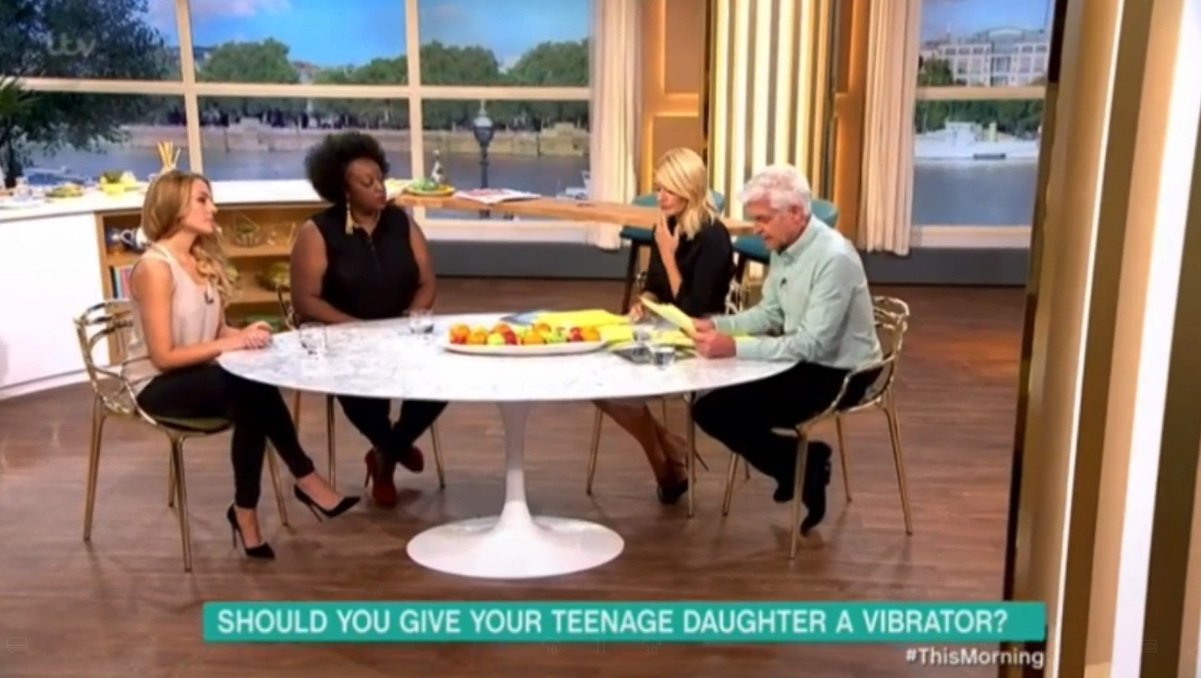 Stephanie Alys of MysteryVibe, a London-based sex tech company told The Times: “We talk about a pay gap between men and women, but there is also a pleasure gap.”

Holly Willoughby and Phillip Schofield were joined by Annabelle Knight, a sex expert, who was in agreement with the proposal, and Judi Love, who opposed it.

“I think in society we don’t talk about the female side of pleasure.” 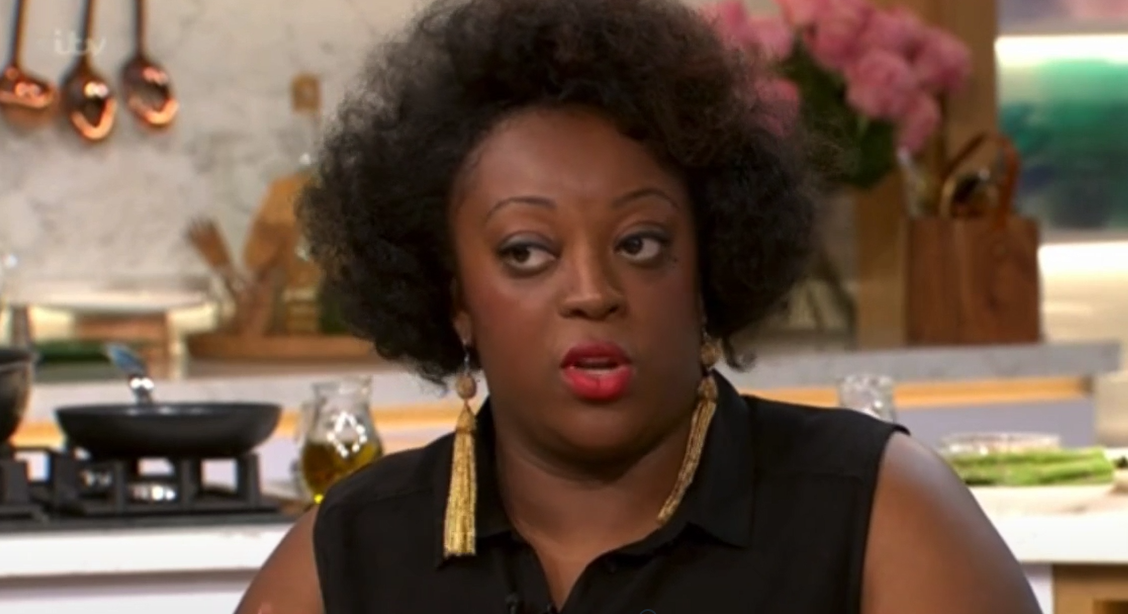 Naturally, the topic caused some controversy among viewers.

@thismorning Is discussing vibrators appropriate for morning TV? I say a huge No No. Terrible. It seems Phillip couldn’t resist trying to lighten the mood a little, closing the segment by saying it had created “mass debate” – which at least amused some viewers.

Do you think there are some topics This Morning should never touch?  Leave us a comment on our Facebook page @EntertainmentDailyFix and let us know what you think!