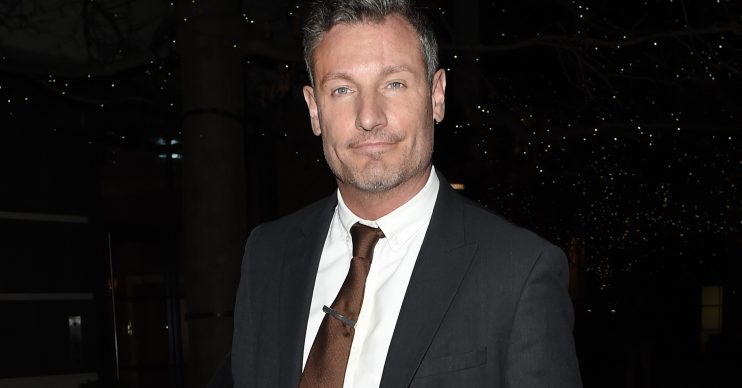 Dean Gaffney has opened up about a tough time after losing his job on EastEnders and going through a breakup.

However he revealed he’s grateful to his friends and family for getting him through a difficult 2019.

The actor lost his job on the soap and split from his girlfriend Rebekah Ward last year.

But the “happy-go-lucky” star, who has played Robbie Jackson on and off on the BBC One soap since 1993, has praised his pals for “always picking me up”.

He said: “It was hard to get through last year, but I had friends and family around me who would always pick me up.

The 42-year-old star also credited his friends and family for helping him to avoid feeling “a form of depression” last year.

I lost my job and I had a breakdown of a relationship.

Speaking on Paul Danan’s The Morning After podcast, he added: “I feel like with what happened last year, I lost my job and I had a breakdown of a relationship. Both things happened within the space of six months.

“I think if I didn’t suffer from a form of depression at that point I don’t think I ever will.

“I think it’s having people around you, good friends and family.

Dean added: “I do have a massive group of friends. I don’t mean that in a big-headed way.”

Why did Dean lose his job on EastEnders?

Dean was axed from the soap last year after a report in the Daily Star claimed he begged a stranger to send him inappropriate pictures via a string of Facebook messages.

Dean recently claimed he could return to Albert Square in a “couple of years”, after soap bosses left the door open for his return.

He said: “When I left last June, they said, ‘Come back to us in a couple of years.’

“The door is open so let’s hope they are true to their word and it happens.”

Would you like to see Dean return as Robbie to EastEnders?