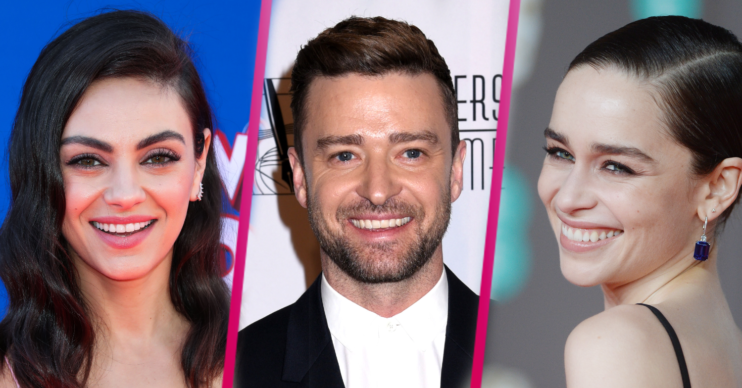 Hollywood's finest have all been on there

The Dax Shepard podcast has caused quite a stir after Prince Harry bared his soul to the American actor-turned-podcast-host.

The actor’s top-rated podcast – Armchair Expert – talks to the great and the good in Hollywood.

Actors, comedians, politicians and, yes, now British Royalty have all opened up to Dax about their lives.

With the Prince Harry episode making all the headlines, what are the best episodes to listen to next?

What should I listen to next on the Dax Shepard podcast?

A fairly recent episode, the reality star and businesswoman opened up to Dax about falling off the wagon during lockdown.

The 36-year-old said she slowly but surely stopped attending Zoom meetings and meetings with her sponsor, which led to her first drink in four years.

The Game Of Thrones actress has legions of fans around the world, and on Dax’s podcast, she shared plenty of juicy tidbits about the show.

However, she also opened up about her boarding school childhood in Oxfordshire and the two brain aneurysms that almost killed her.

Beloved to many thanks to the Harry Potter films, 32-year-old Rupert – who played Ron Weaseley – shared his thoughts on the franchise.

He told Dax how “suffocating” it was filming eight films back-to-back, and going back each year was like “Groundhog Day”.

The famously private Ukrainian-American actress – married to Ashton Kutcher – opened up to Dax about moving to the US when she was a child.

She also shares stories about how she and Ashton first met.

The Rock Your Body superstar appeared on Dax’s podcast and once again offered up an honest appraisal of his life.

He also shared a juicy tidbit from the classic episode of MTV’s Punk’d – he was very, very “stoned” when he was pranked by Ashton Kutcher and co.

The Oscar-winning actor is always good value in any interview, and he was on top form during Armchair Expert.

He spoke about raising his kids with money after growing up himself with nothing.

The Grammy-nominated singer chats to Dax about finding success at such an early age.

He also opens up about his own lockdown experience, and his fears and anxieties.

No famous guests in this one, just Dax himself talking about his relapse from sobriety.

In it, he talks openly and emotionally about being an addict, the midset of addiction and what steps he’s taking to sort himself out.