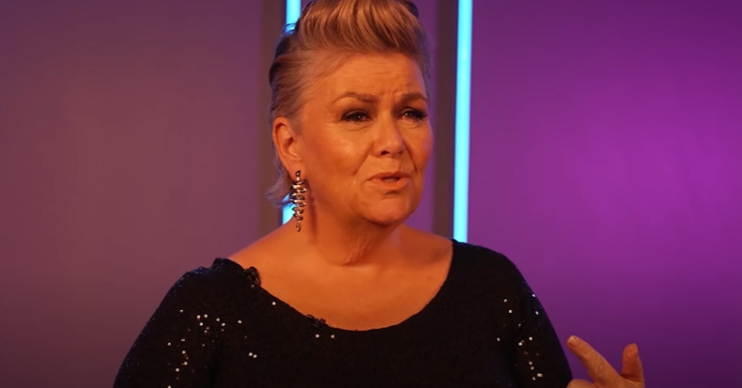 Dawn's fans sent their support to the star

Dawn French has revealed her car broke down as she thanked the AA on Twitter.

The Vicar of Dibley star, 64, shared a photo of the operators who came to her rescue yesterday (February 17).

Dawn received much support from her followers over the ordeal, especially amid all the Storm Eunice warnings across England.

Alongside two photos of the AA staff members who helped her, Dawn wrote: “Broke down. Grrr.

“Rescued by these champs, George & Shaun. Thanks @TheAA_UK.”

She then added the hashtag “#keepyourpromiseshaun”.

Many of Dawn’s followers reached out over the incident, with many telling Dawn to get home safe.

One person replied: “Thanks to them both for looking after our ‘National Treasure’!

“Hope you’re home safe and sound, such terrible weather out there last thing you needed was to breakdown!”

Another wrote: “Get home safely, and batten down the hatches!”

A third tweeted: “Hope you get back on your way soon and home safe. Give us three rings when you get in just to let us know you are OK.”

One added: “So glad that you’re okay.”

It comes after the Met Office issued rare red warnings across parts of England because of Storm Eunice.

The wind warnings covered some coastal areas towards the southwest, including south Wales, from early on Friday morning.

A separate red warning comes into force for much of the south and southeast throughout the day.

The Met Office says the wind gusts in the most exposed coastal areas could be in excess of 90mph.

Dawn’s car ordeal came just hours after she announced tickets were on sale for her tour.

The star’s live show, Dawn French Is A Huge [Bleep], will be starting later this year.

Of course, fans were over the moon by the news, but some people had complaints about the tour locations.

One person tweeted Dawn: “Yes there’s a storm but more importantly @Dawn_French doesn’t appear to be doing any shows in or around Cardiff/Wales on her new tour.

“Hoping #Eunice is just hiding them from the ticket site.”

However, Dawn replied: “Yet…”