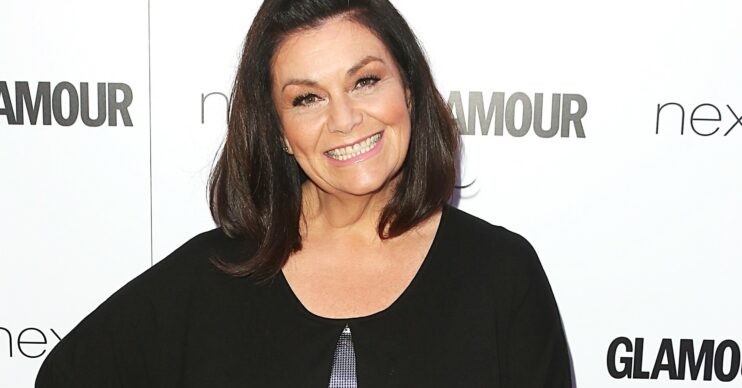 Fans are still absolutely loving Vicar of Dibley star Dawn French and her new hair after she debuted it a few months ago on her Instagram!

The 64-year-old has had, for most of her career on TV, her iconic black bob hairstyle with a fringe. Now, however, she’s decided to switch it up a bit.

Dawn now has a short, grey quiff, which she has been growing out and styling since mid-September. The post from September 15 is a picture of the top of Dawn’s head, showing off her short, grey hair.

She said: “Cutting off all the old colour…gradually getting there with grey…starting short…aiming at the ol bob in full grey glory…it’s a process…I’m not great at patience…”

Fans flocked to the comments to tell her she “won’t regret it” and that they “love the grey”.

Over the last couple of months, Dawn French has regularly updated 261,000 Instagram followers with her hairstyle changes.

The other day Dawn posted a new picture on her Instagram of her updated hairstyle and colour, and fans reacted hugely positively.

What have fans said about Dawn’s hair?

In the picture, Dawn’s hair has grown out into a silver quiff. Smiling in the photo, Dawn captioned it with: “Another crazy night with a Mr. Whippy on me ‘ed.”

Fans and celebrities were quick to tell her how much they loved it.

“Gorge,” Olly Alexander from the band Years and Years wrote.

A devoted fan said: “I love it… You inspired me to cut my traditional grey short.”

Another simply wrote: “Welcome to the Silver Sisterhood!”

What is Dawn French up to next?

Dawn French is going to be showing off her new silver hair when she appears on Walk The Line on ITV.

Dawn will be a judge on a panel consisting of Alesha Dixon and Craig David. Maya Jama is hosting.

Simon Cowell was originally meant to be one of the judges on the show but recently stepped down. He is instead focusing on working behind the scenes on the show instead.

Speaking about joining the show, Dawn French said: “I’m far too excited to be part of this show – I’ve decided to wear double knickers at all times.”

The show will see singers, bands, and choirs perform in front of a panel of judges, with a chance of winning £500,000.