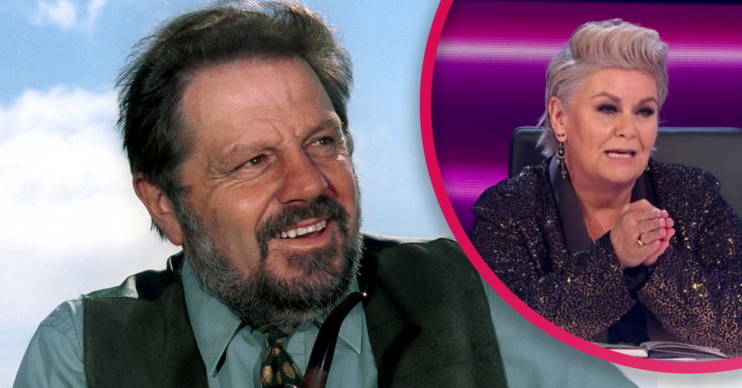 Such sad news, and he was double jabbed

Comedian Jethro has died after contracting COVID-19, his family have revealed.

The stand-up comic, whose real name is Geoffrey Rowe, was 73.

He died from the virus on Tuesday (December 14) – after having both his COVID vaccinations and his booster jab.

What happened to comedian Jethro?

The much-loved comic contracted the virus 10 days ago and was in hospital for seven days before he died.

Read more: New COVID variant could cause shops, restaurants and bars to close

His manager John Miles said the star had battled Hodgkin Lymphoma two years ago. However, he was in remission and otherwise in good health when he caught the virus.

He said: “They did all they could do – it was just so aggressive and fast.”

His family released a statement confirming the sad news.

It said: “It is with tremendous sadness that we announce the passing of the well-known and popular Cornish comedian Jethro.

“Tragically Jethro passed away on December 14, 2021 after contracting COVID-19.

“Jethro leaves behind his life partner Jennie, sons Jesse and Lanyon, step daughter Sarah, daughter-in-law Stacey and of course his much loved grandchildren.

“We ask that you respect our privacy at this very sad time and give us all time to grieve.

“We will continue to support each other in the knowledge that our lives will never be the same without him.”

What was Jethro famous for?

Although he was never a regular fixture on TV, he was much-loved in the comedy circuit, with reports suggesting he sold 250,000 seats a year in theatres around the country.

Throughout the 1980s, Jethro built a following in Cornwall – where he was from – and Devon.

Dawn French was one of the first to comment on his death.

“Some of my most helpless with laughter moments were in his presence. A supremely gifted comedian. Thoughts with all he loved. Geddon bey.”

Jim Davidson also commented: “My good friend Jethro has left us. RIP Jethro, you will be greatly missed.”

Frank Bruno shared what’s thought to be one of the last pictures of the comic with his tribute.

He said: “RIP Jethro very funny man had his own unique style of comedy great fun to be with and spent a bit of time with him a couple of weeks ago in Plymouth.”

RIP Jethro very funny man had his own unique style of comedy great fun to be with and spent a bit of time with him a couple of weeks ago in Plymouth pic.twitter.com/8VOvC8xlnW

Another fan added: “Very sad to hear the passing of a Cornish comedy legend Jethro.

“He always made me laugh with his style of stand-up comedy, always liked his Cornish accent. My condolences to his family/friends on this sad news.”