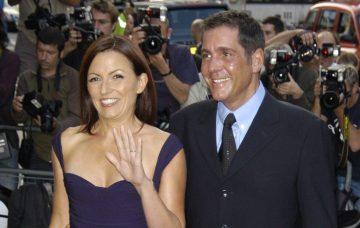 Davina McCall has led the outpouring of celebrity tributes to Dale Winton, who has died aged 62.

The television presenter shared her memories of Dale after his agent confirmed the beloved Supermarket Sweep star had passed away at home on Wednesday.

Davina tweeted: “I am so so so sad to hear about Dale Winton. A lovely, warm, kind, sensitive, generous soul with a touch of naughty!”

Many fans told Davina her tribute perfectly summed up Dale.

And Davina wasn’t alone in sharing her heartbreak to social media, as a slew of other big name stars took to Twitter in disbelief, shock and sadness over the loss.

Strictly judge Craig said: “So sad to wake up to the news that Dale Winton had passed. It was said we both shared the same tanning salon which we both dined out on. RIP gorgeous man. You’ll be missed terribly.”

David, meanwhile, shared his heartbreak over Dale’s death, followed by a string of funny anecdotes about the telly favourite.

He told fans: “Heartbroken… Dale was the best company, always outrageous & hilarious. He adored being in show business & loved meeting fans. He devoted his life to making everyone else happy, his friends, the public & his godsons, even though he found it hard to be happy himself. I pray he has found peace.”

David went on to share candid pictures of Dale and a string of amusing stories, showing what Dale was like away from the cameras.

Fans begged David to keep the anecdotes coming, saying they were the perfect way to pay tribute to Dale. 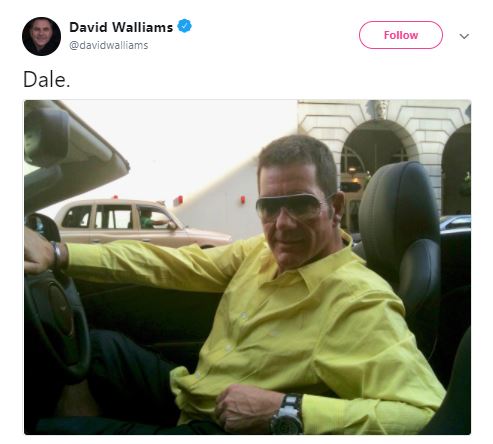 Many other celebrities also used Twitter to share their devastation at Dale’s death, which came shortly after he appeared in Channel 5 show, Dale Winton’s Florida Fly Drive.

Graham Norton, Jonathan Ross, Paddy McGuinness, Rylan Clark-Neal and Julian were among those speaking out.

Dale’s death was announced on Wednesday night by his long-term agent, Jan Kennedy.

A statement said: “It is with great sadness that we can confirm the passing of Dale Winton who died at home earlier today. While we know many will share this terrible loss, we ask that you respect the family’s privacy at this time of grief.”

Dale also hosted National Lottery show In It To Win It and Hole In The Wall. He returned to screens earlier this year with travelogue Dale Winton’s Florida Fly Drive on Channel 5.