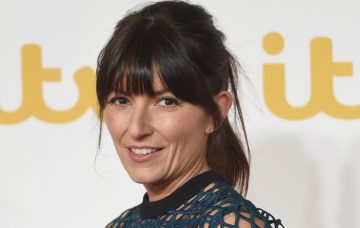 Big Brother house, this is Davina...

Davina McCall has broken her silence on Channel 5’s decision to axe Big Brother next year.

The presenter, who hosted the show from 2000-2010, told The Huffington Post that she’d love to make a surprise appearance on the last-ever episode, but won’t for a touching reason.

While she admitted that she would like to say farewell to the show in some way, she doesn’t want to step on current host Emma Willis’ toes.

“If I’m honest, I’d love to say goodbye in some way, but I think this is Emma’s moment,” Davina confessed. “It’s her series and I think she should get to do it all on her own.”

Having been in Emma’s shoes when Channel 4 pulled the plug on the show in 2010 following an impressive ten-year stint, Davina revealed that she had spoken to Emma in the wake of the axing.

Read More: What every Big Brother winner is doing now

“I spoke to Emma quite quickly afterwards. I know what that’s like – it’s weird,” said Davina. “It’s been a big part of her life, and it was a massive part of mine for a number of years. It’s like saying goodbye to a friend.”

Davina, who turned 51 on Oct 16, also revealed during the interview that she doesn’t believe that another station should pick up the show. Instead, she feels the show needs to be “rested” before being resurrected by another channel.

Davina previously spoke of her devotion to the show during an appearance on BBC Radio 4’s Desert Island Discs back in 2016.

Davina told host Kirsty Young that she planned all three of her pregnancies around Big Brother as she was horrified at the prospect of someone else presenting it.

“I love Big Brother so much and the idea of someone else presenting it was ‘over my dead body,'” she said, “so I said to [then-husband] Matthew, ‘We are not trying for a baby until after December so there we are, three birthdays in September.”

Meanwhile, speaking of the show’s cancellation last month during the launch of it’s 19th and final season, Emma told Bit On The Side host Rylan Clark-Neal that “we should love it and embrace it and give it the send-off it deserves.”

Channel 5 has announced it will replace Big Brother with more original drama.

Bob Bakish, the chief exec of Viacom, which owns Channel 5, said recently: “We thought the time was right to take the next step and that included taking that Big Brother money essentially and spending it on original commissions.”

Would you like to see Davina make a final appearance on Big Brother? Leave us a comment on our Facebook page @EntertainmentDailyFix and let us know what you think!