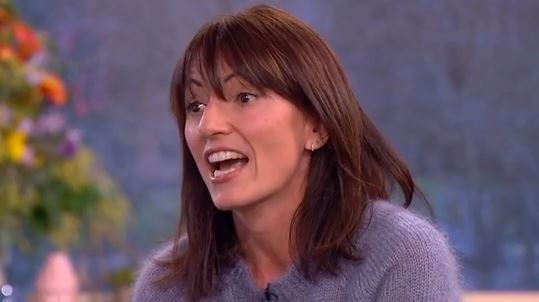 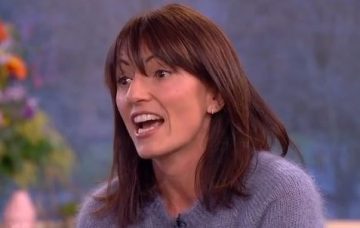 Davina McCall has cleared up those reports she’s been bombarding Hollywood actor The Rock with secret messages.

The newly-single television presenter, 50, laughed off the rumours during an appearance on This Morning today.

She told Holly and Phil that while she loves the action star, she’s definitely NOT been bombarding him with messages in a bid to woo him.

“I do love him and I do tweet him but I’m not secret messaging him at all!”

To be fair, it was Davina herself who actually started the speculation when she revealed her adoration for The Rock in a newspaper interview.

She told The Sun: “He’s so big, I’d have to climb up his thigh. I just think he’s a nice guy, a really nice guy, great, positive energy.”

That then led to a barrage of stories about Davina being desperate to steal the actor’s heart – despite him being in a happy relationship and expecting another child with partner Lauren Hashian.

However, an amused Davina played it all down on today’s This Morning.

“Forget crawling up his thigh, I’d have to knock her out and she scares me, that lady!”

Alison jokingly became engaged to The Rock – real name Dwayne Johnson – while interviewing him last year, before ‘tying the knot’ with him in a skit that aired on the show in December.

Holly called the rumours about Davina being desperate to win The Rock’s heart one of her “favourite stories ever.”

Davina replied: “It’s brilliant and my son is very excited that The Rock may know who I am!”

The Rock, 45, most certainly does know who Davina is, as he recently told The Sun he was flattered by the TV star’s compliments and would keep an eye out for Davina’s tweets.

However, any replies Davina does get from the rock will be purely platonic as he’s smitten with girlfriend Lauren.

The couple are parents to daughter Jasmine, two, and have another baby on the way.

The Rock’s also got a daughter, Simone, 16, from a previous relationship.

But she said on today’s This Morning that she will not be discussing the separation in public as she and Matthew have made a pact to remain silent for the sake of their three children.