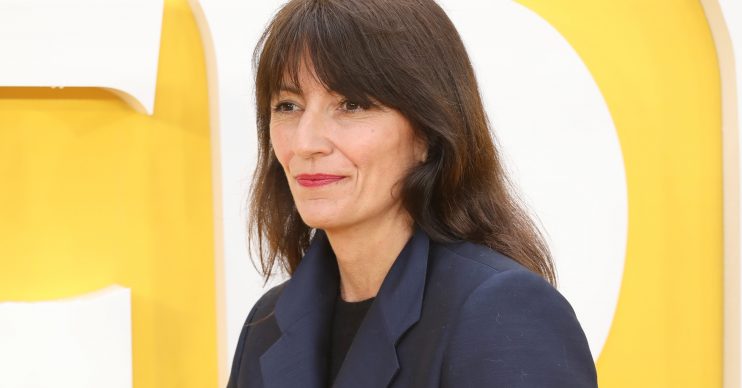 It was hard for the family

Presenter Davina McCall has admitted her divorce was a “traumatic” experience.

The Masked Singer judge, 52, split from her husband Matthew Robertson in November 2017 and while their separation involved “absolute emotional turmoil” for the family, she thinks the couple made the right decision.

Davina – who shares Holly, 18, Tilly, 16, and Chester, 13 with her ex – said in a chat with You magazine: “Going through a divorce is a traumatic experience and it is something that needs to be navigated as carefully as possible.

“Two years on, we have both grown as people and we can now co-parent happily and acknowledge that it was the right thing for us to go through even though it involved absolute emotional turmoil.”

The TV host has been dating an old friend, hairdresser Michael Douglas, for close to a year now.

But the star doesn’t like to discuss their relationship out of respect for her partner, as she told You magazine: “I will never sit here and go into great details. And the reason for that is all down to respect. I have a huge amount of respect for Matthew, I have respect for my children and the same goes for Michael’s family…”

Speaking further, Davina insisted it “would not be right in any way” for her to talk about their relationship, because “no one else involved is in the public eye”.

She also revealed how she is “always conscious of being completely mindful” of the fact that her partner isn’t a celebrity.

Davina explained that if she goes to an event with Michael, they will arrive separately to avoid being snapped together by photographers.

She admitted the situation is “complicated” but she just wants to keep their romance “as private as possible”.

Elsewhere, Davina spoke candidly about her approach to parenting and how she is keen to avoid ‘smothering’ her children, particularly when it comes to advice on drugs.

She said she wants to raise “independent kids” and doesn’t “want to smother them” as they “need to have their own experiences” and “learn by their own mistakes”.

Davina, who has been open in the past about her own experiences with drugs, revealed she talks to her children about it.

The former Big Brother presenter said she asks them questions about modern drugs because it’s now “a totally different landscape” and she’s “terrified” of the drug ketamine – although she knows her kids are “very savvy” and she trusts them.