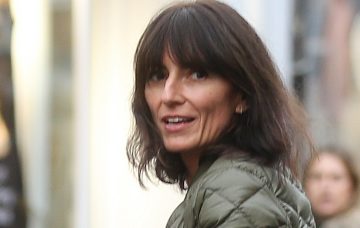 Davina McCall hits back at “rubbish” claims about her divorce

She announced her split from husband Matthew Robertson last year

Davina McCall has hit back at recent allegations surrounding her divorce from Matthew Robertson.

The television presenter, 50, took to Twitter following claims she could hand over £2.5 million to her estranged husband in order to facilitate a quick and smooth divorce process.

There had been reports overnight that she would give Matthew a lump sum and split the proceeds of their multi-million pound house.

However, the fiercely private star shut down the speculation via social media, saying she has never and will never discuss her divorce in public.

She tweeted: “Just for the record I have not and never will discuss my divorce .. money /kids / terms NONE of it with the press so whatever is out there is not from me (and is rubbish).

“This is to protect our kids.”

Davina’s tweet didn’t come as a surprise to fans, as she’s already made it clear that she and Matthew will never discuss their separation with the public.

Appearing on ITV’s This Morning following the split, she said: “Just for the record, for our kids’ sake, Matthew and I have both decided we are never going to talk about this.

“We have three kids, who are quite grown up, and we just don’t want to talk about it in the public eye, so that’s what we are doing.”

Davina and Matthew – who have children aged 16, 14 and eleven – announced their split in November after 17 years of marriage.

In a statement at the time, Davina said: “I am very sad to say that Matthew and I have separated.

“Our amazing children are our number one priority, above everything else so therefore we ask for as much space and respect from the media as possible while our family goes through this difficult time.”

Davina has been busy this year working on TV show, This Time Next Year, and starting work on a personal training qualification.

She recently told The Sun her goal is to be fully qualified by 2019.

“I’ve done an insane number of work-out DVDs so i’s crazy that I don’t have a qualification,” she said.