Davina McCall has hit back at "thin-shaming" after being criticised for posting a bikini shot on Instagram.

The fitness instructor posted the selfie last month to mark the beginning of summer - claiming she was proud of the way she looked at 50. 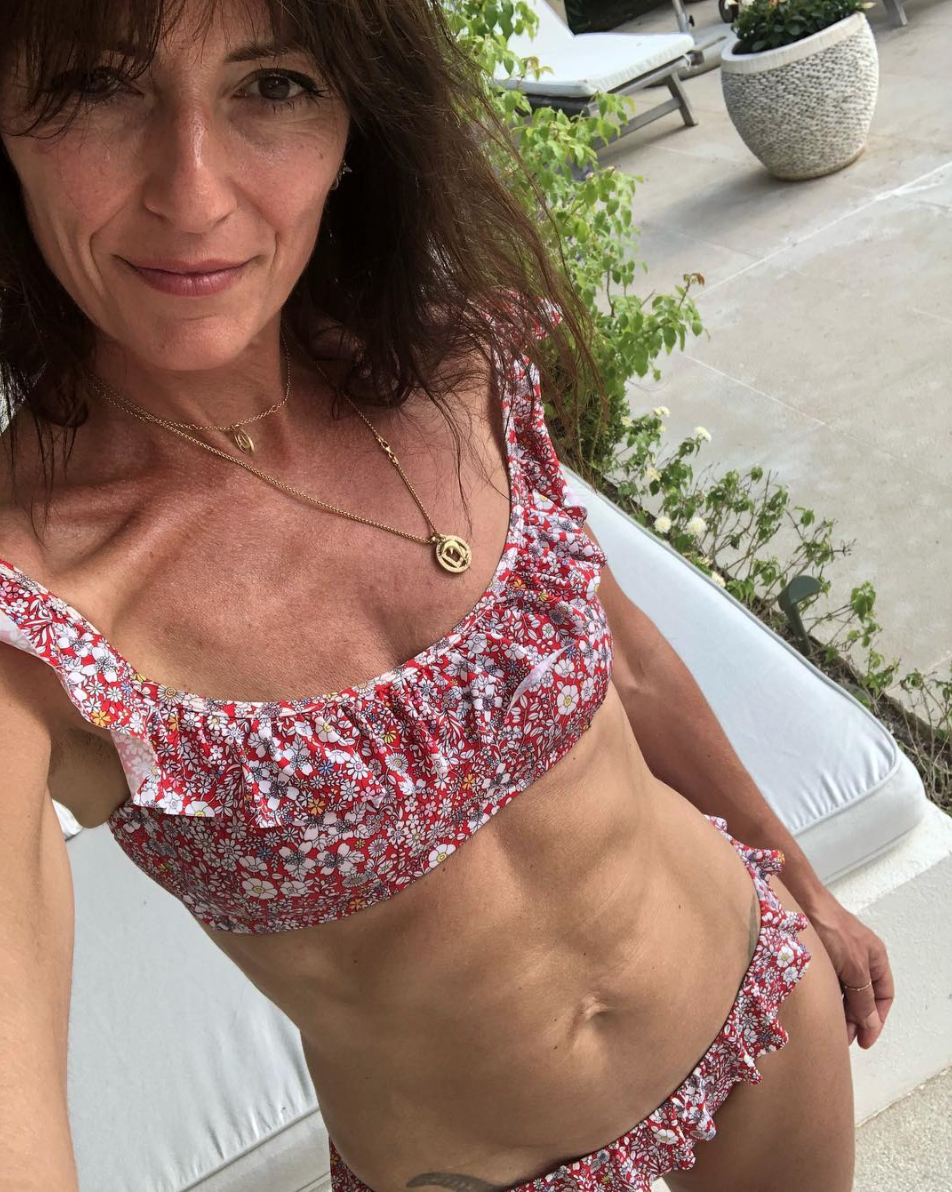 Davina posted a bikini selfie as she turned 50 (Credit: Instagram)

The image was captioned "Hi. It is the beginning of the summer . And this is a 👙 selfie. And it probably won’t be the last. No apologies. Because I cannot quite believe I am posting pictures of myself in bikinis still 😃"

She went on to encourage those trying to improve their fitness, saying "if you are starting ... start slow.. set small goals.. achievable goals.. you will get to where you want to be. "

But some of her fans expressed concern over her appearance, claiming she was too thin, and that she was encouraging an unhealthy attitude to weight. 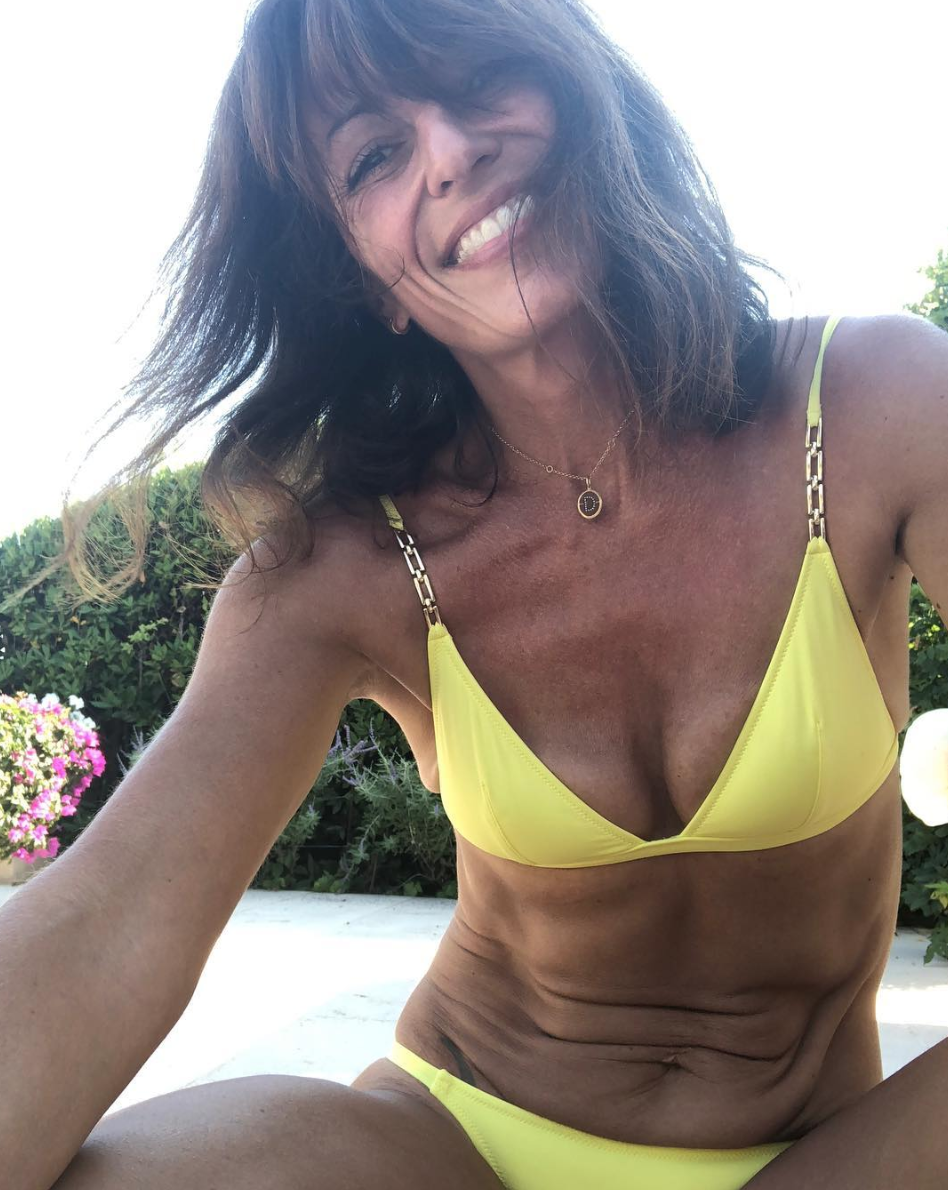 "Exercise can be addictive. Is this another form of fat phobic behaviour? Anorexia hiding behind the banner of healthy living?" one fan commented.

"I’m sorry but that is not a good look , it reminds me of someone I knew suffering from anorexia. Anyone who thinks otherwise is suffering from 'the Emperor’s new clothes' syndrome and won’t tell the truth 😔" said another.

"Please no more scrawny photos its not a healthy look luv," said another commenter.

Another fan claimed Davina had taken things too far, after having been a strong role model in the past.

"I miss the beautiful Davina who inspired me to lose 2 stone and keep it off, the Davina who 'got' the modern working woman with her realistic and super effective dvds and cookbooks," they said. "

I feel like we're being dragged kicking and screaming into your mid-life crisis and those of us who can't keep up are being dropped along the way. I am not inspired any longer; I am sad and slightly terrified that the new Davina is a modern role model."

But some of Davina's fans were quick to defend her from the criticisms. 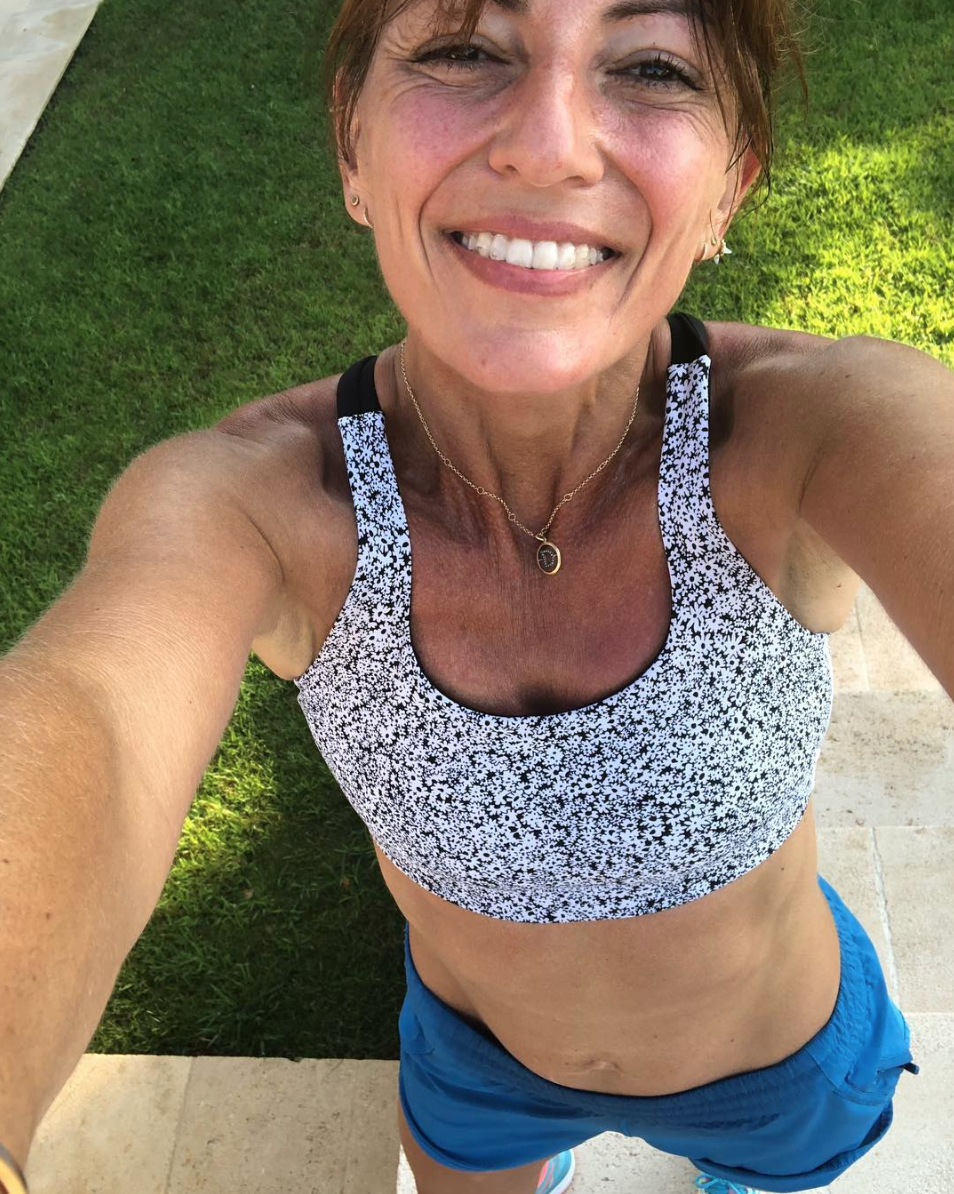 Davina's fans were quick to defend her (Credit: Instagram)

"The idea of starting slow and keeping your goals attainable then adjusting as you go is exactly the kind of advice we all need," another fan said. "You look radiant and I'm so glad you're talking about the JOURNEY and benefits of fitness and health beyond just the bikini body."

We’re becoming more sedentary and it is interesting how we can thin-shame someone, but not fat-shame them.

Another claimed that menopause had left her feeling discouraged, and that Davina's post served as motivation for her.

"Wow, wow, wow. Amazing inspiration. Just read your Sunday Times interview," she said. "I hit 50 and the menopause at the same time and thought I was on the brow of a hill about to go steamrollering down into old age.

"I hit depression for a few months but then decided to do something about it. Fitness and nutrition have made me feel so much more confident- I now face the future with my head held high. Thank you for being a role model x"

And now Davina has spoken out in an interview with the Sunday Times, claiming that while fat-shaming is considered a no-go, people are still happy to thin-shame. 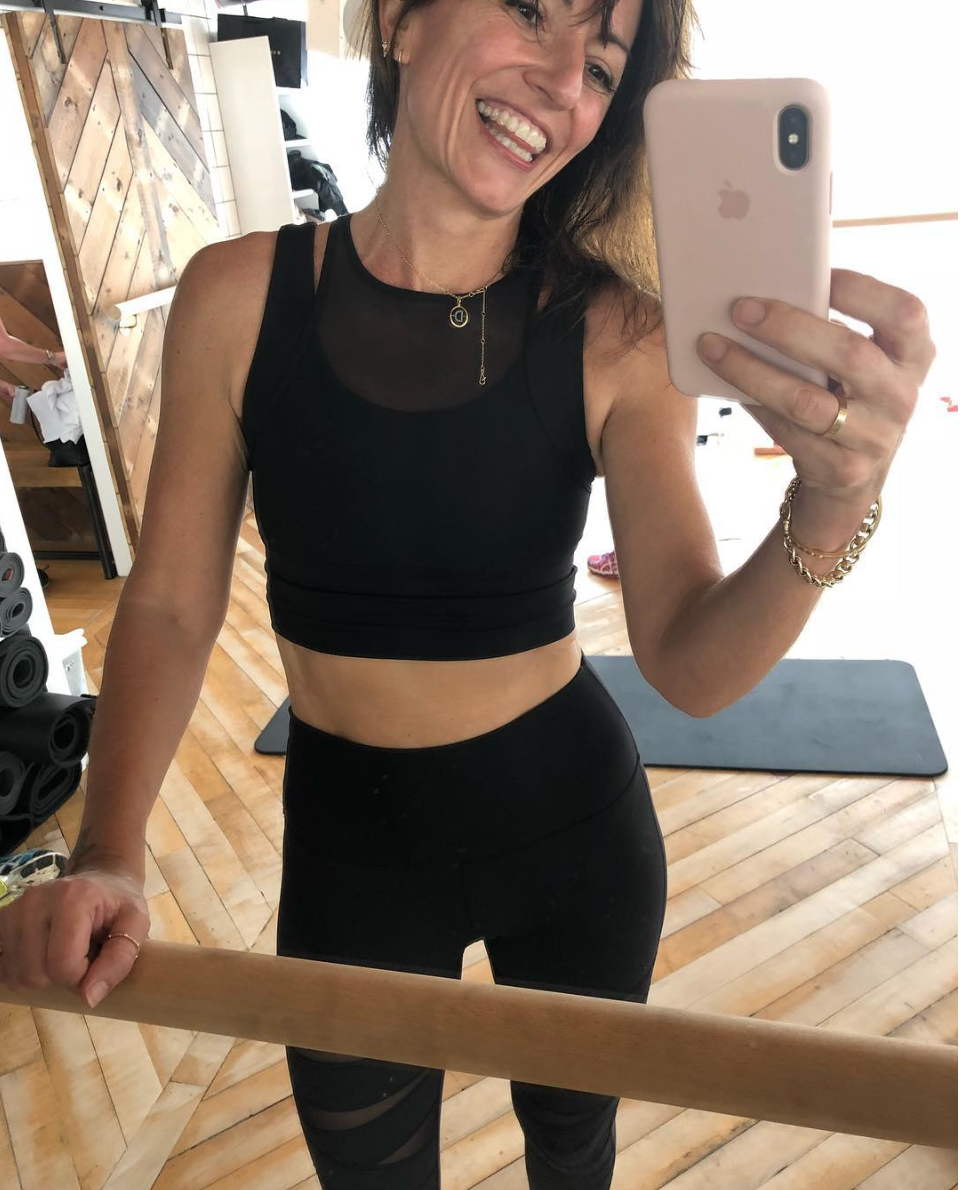 "We’re becoming more sedentary and it is interesting how we can thin-shame someone, but not fat-shame them," she said.

"The comments about me being a bad role model were hurtful because I just think, 'How dare you?' I am a good role model. People can look at me and think, 'Look, she’s ancient, and if she can do it so can I.'"

The former Big Brother presenter has sold over a million fitness DVDs over the last fifteen years, and claims workout videos are a great way to fit exercise into a busy day.

In a recent interview with The Pool, she spoke about the challenges of getting and staying fit once you're over forty - saying workout videos at home are a great resource for gym shy people.

"If you're a shy gymmer," she said, "and you don't want to go to the gym - and they are really intimidating - work out at home."

Do you think people were too harsh to Davina? Leave us a comment on our Facebook page @EntertainmentDailyFix and let us know what you think! 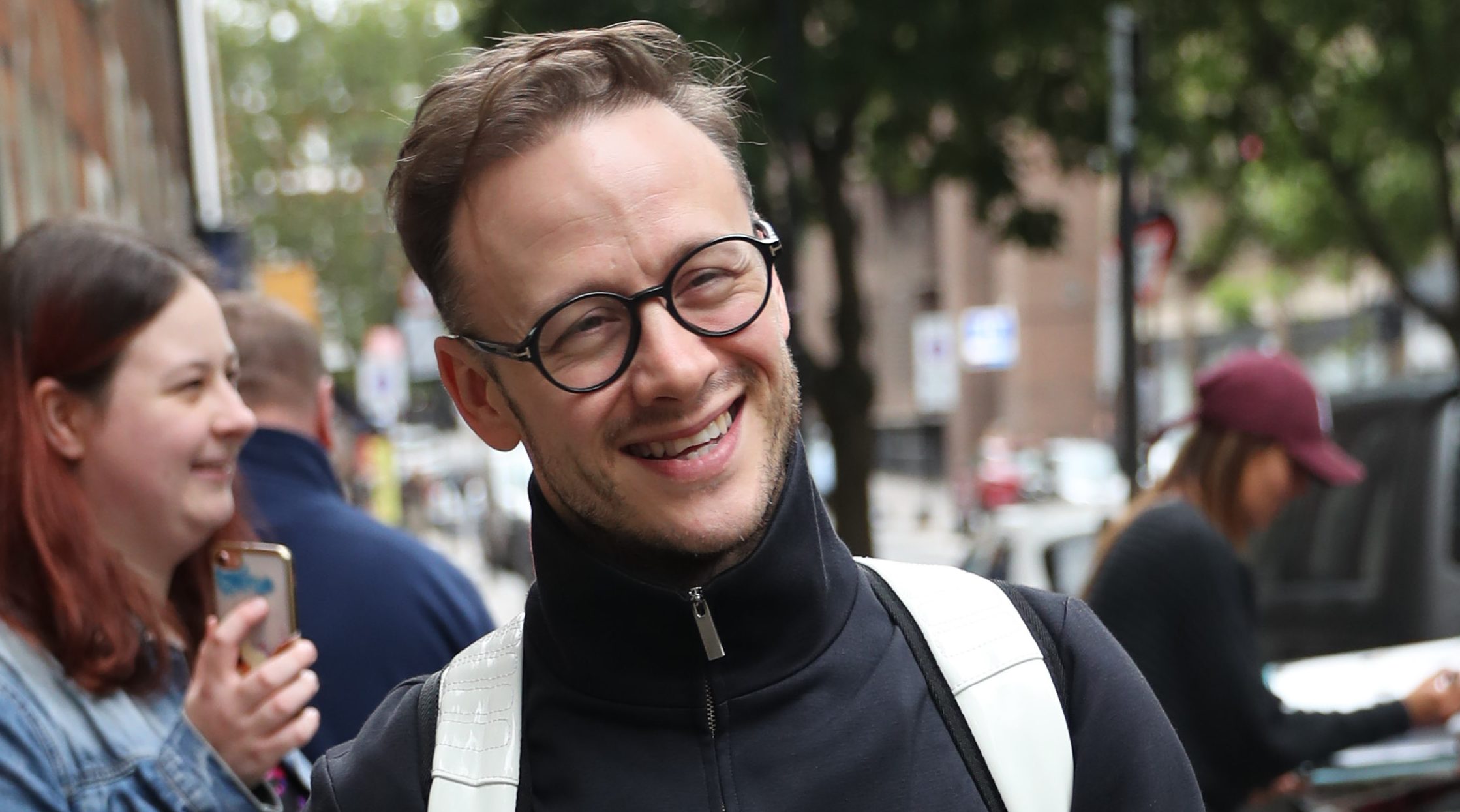