David Walliams has fans in stitches with David Beckham selfie

We know who our money is on!

When it comes to friends in high places, David Walliams sure does know them all.

He works with Simon Cowell, hangs out with Sheridan Smith and even goes for a curry with Hollywood superstar Russell Crowe, as you do!

And after a successful year with his novel writing and his TV shows, the 46-year-old is having a well earned rest on his hols before the craziness of Britain’s Got Talent starts up.

So imagine being on your holidays and bumping into footballer David Beckham and Friends star David Schwimmer AT THE SAME TIME!

That’s a photo opportunity if ever we saw one!

Read more: What unusual gift did Peter Andre’s wife buy him for Christmas?

Well that’s exactly what David (Walliams) did, and he posted a hilarious caption with his photo of the moment that had us in hysterics. 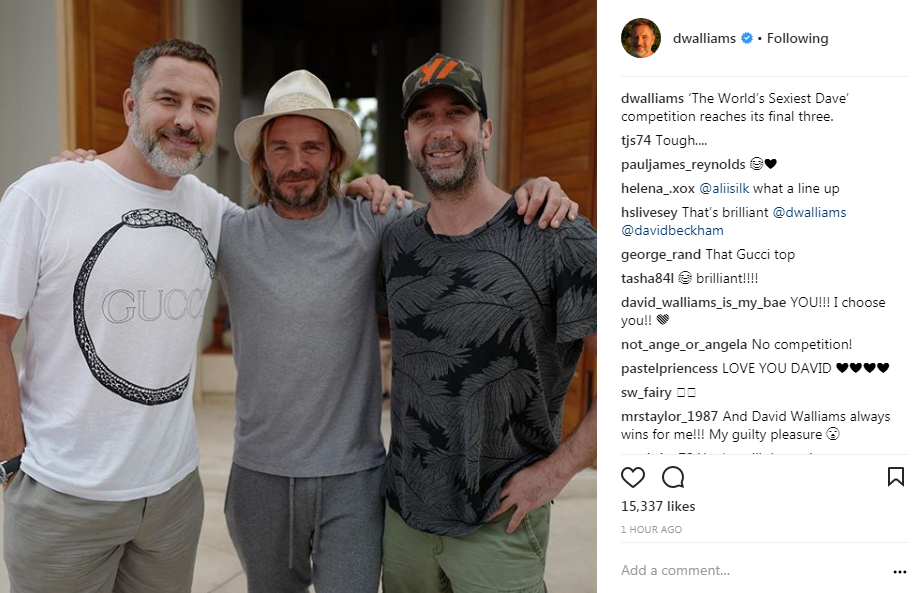 Fans were quick to give their verdict on just who was the sexiest;

As well as those that weren’t quite so kind to Mr Walliams!

But over on Twitter, there were even celebrities joining in the fun

This is a bloody disgrace. I was robbed.

I gave them all a bye this year.

Even TV presenter Matt Johnson couldn’t resist adding another David to the pile with a picture of David Dickinson, saying: “This is an outrage.” 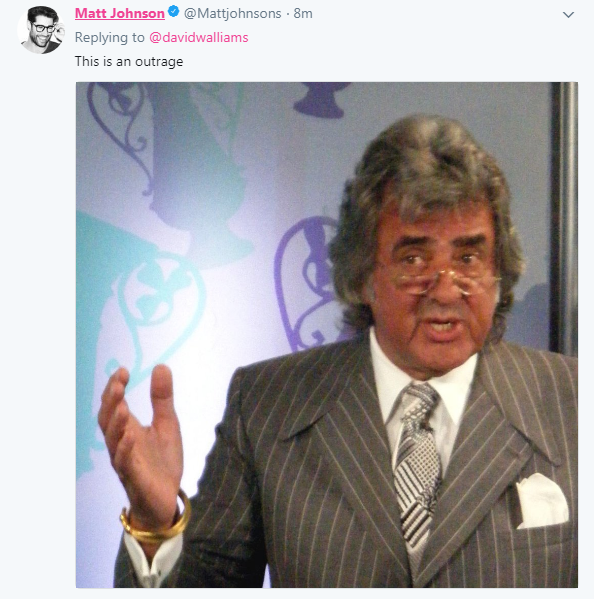 Looks like you could have started something here David!