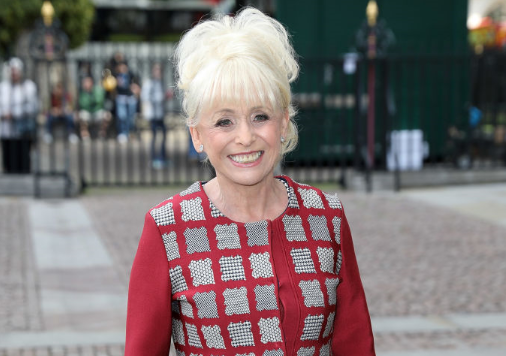 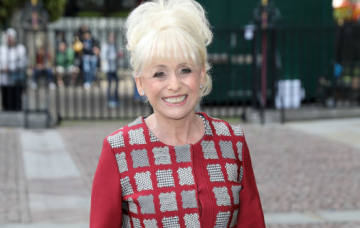 What a beautiful picture of two screen legends!

David Walliams has named the legendary Dame Barbara Windsor as the woman of his dreams in a touching Instagram post, following afternoon tea with the EastEnders all-time favourite.

Alongside a sweet picture of him cuddling up to Barbara, the Britain’s Got Talent judge wrote: “Afternoon tea with the woman of my dreams ever since I was a boy, the unbreakable Dame Barbara Windsor.”

Their smiles certainly say it all, and screen icon Barbara, 80, who is most famed for her role as the formidable Peggy Mitchell in EastEnders and her Carry On films, looks fantastic in a lilac shirt.

The picture of Barbara and her old friend David, 46, marks the first public image since it was revealed that she was suffering from Alzheimer’s Disease last month.

The BGT favourite was inundated with messages of praise from fans, who sent their love and support to Dame Barbara.

“Mega size love and hugs for our gorgeous Dame,” wrote one, while another added; “Lovely pic of you both, Dame Barbara you are an inspiration.”

Another fan agreed with David that, she too, has been a lifelong fan of the actress.

“I absolutely adore her, ever since I was a little girl,” they wrote.

Others called the photograph ‘beautiful’ and ‘wonderful’, praising David for his ‘genuine loving embrace’.

Barbara had received the devastating diagnosis in 2014, but her husband Scott Mitchell chose to make the sad news public in May, after revealing to The Sun that his wife’s condition had deteriorated since her 80th birthday in August last year.

Barbara left EastEnders for the final time in 2016, after she began to have difficulty remembering her lines.

The Dame had been part of the soap for 24 years and her character, pub landlord Peggy Mitchell, will always remain one of the most adored of all time.

Hoping that he could ‘help other families deal with loved ones who have this cruel disease’, Scott added; “A definite, continual confusion has set in, so it’s becoming a lot more difficult for us to hide.

“I’m doing this because I want us to be able to go out and, if something isn’t right, it will be OK because people will now know that she has Alzheimer’s and will accept it for what it is.”

He added that he wanted fans to know his wife is ‘a mini warrior’.

“I don’t want it to come across that she’s sitting there unable to communicate, because she’s not. We’re still going for walks and dinner with friends and we still laugh together a lot,” he said.

Barbara also appeared on Loose Women, shortly after the news was made public, to thank her fans for their support.

“I’d also like to say a big thank you to everyone for the lovely messages of support I’ve been receiving. It really means a lot to me, it really does,” she said.

“Have a great day, and have no fear as I still intend to carry on. And God bless everyone.”