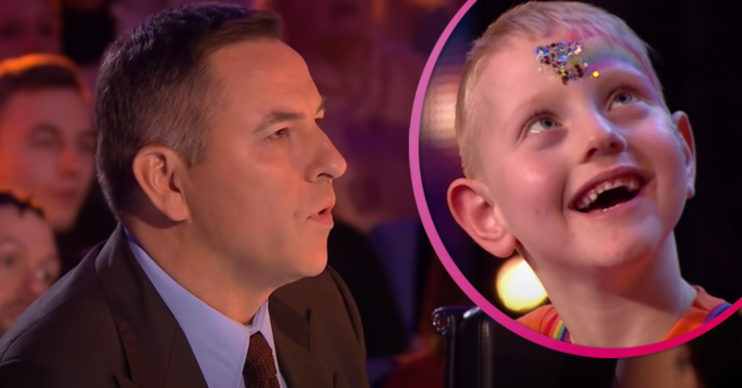 David Walliams has donated £10,000 to BGT star Christian Kilduff’s Sign Along With Us NHS fundraiser challenge.

The generous judge pressed the Golden Buzzer for the signing and singing choir last month on Britain’s Got Talent.

On Twitter, the choir revealed they were in tears once more thanks to David’s kind act.

They said the judge ‘made their dreams come true’ when he put them through to the live shows.

They wrote: “Omg can’t stop crying, massive thank you @davidwalliams first you made our groups dreams come true on @BGT with the #goldenbuzzer.

“And now you’ve donated a whopping £10,000 to Christians 3 mile challenge fundraiser for the @NHSuk couldn’t thank you enough.”

omg can’t stop crying, massive thank you @davidwalliams first you made our groups dreams come true on @BGT with the #goldenbuzzer and now you’ve donated a whopping £10,000 to Christians 3 mile challenge fundraiser for the @NHSuk couldn’t thank you enough https://t.co/rzQcZP28Lg pic.twitter.com/sEUOLKiKkw

Making the donation on Christian’s Just Giving Page, David said: “You are an absolute star Christian.

“It is an amazing challenge for such a brilliant cause. I hope to see you again soon. David Walliams x.”

His family said on Christian’s Just Giving page: “Christian is 5 years old and has a HIE brain injury, Cerebral palsy and is severely sight impaired.

“He, whilst in isolation, has become a little scared of walking on his frame, we are doing daily walks to build his confidence and strength back up.

“We have set him a goal of walking 3 miles outside and near our house within the next 2 weeks.”

His family said it’s a “big goal” but he’s “determined he can do this if he works hard”.

They added: “We would like to raise lots of money for the NHS as they saved Christian’s life at birth and have cared for him ever since and we are forever grateful.”

Christian’s sister Jade, 19, set up the Sign Along With Us choir to help her little brother whose cerebral palsy means he has difficulty communicating.

The brave youngster suffered brain damage at birth due to a lack of oxygen.

The choir sang A Million Dreams from The Greatest Showman during their audition.

The family continued: “We made a promise to Christian that we would push all those ‘can’ts’ aside and focus on what he could do.

“He has amazed us ever since with his progress and his positive attitude and determination.”