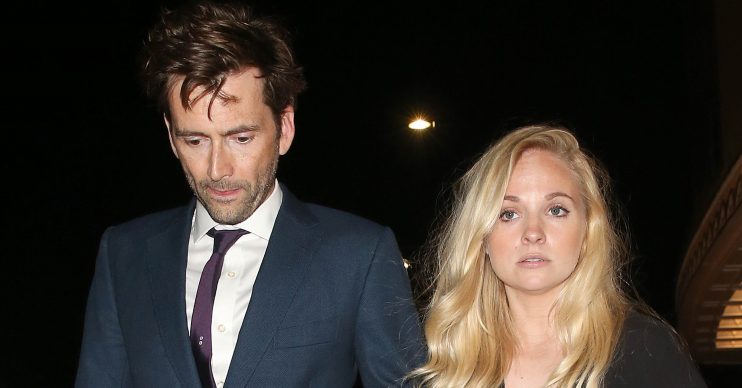 David Tennant’s wife Georgia has shared the first photo of their newborn weeks after he was born.

Georgia announced they welcomed their fifth child last month in a sweet Instagram post of doting dad David carrying the baby out of the hospital.

Now, Georgia has shared the first proper image of the tot watching David’s show Doctor Who.

Fans were left gushing over the snap, with one person commenting: “Aw, teaching the baby well!”

Too cute for words!!! Sending you all lots of love.

Another said: “Look at all that hair,” followed by a love-heart emoji.

A third wrote: “Too cute for words!!! Sending you all lots of love.”

It comes after Georgia announced the arrival of their fifth baby.

The post included two snaps and a reference to David’s BBC series Good Omens, with one of the pics showing his co-star Michael Sheen carrying his own baby daughter, who arrived last month, and the other showing David striking a similar pose with their newborn.

Georgia captioned the post: “An angel, a demon and a couple of babies. What could possibly go wrong?”

Fans congratulated the couple, with one person saying: “Congrats! To the new mothers and fathers!”

Another gushed: “Words cannot express how perfectly cute this is! Congratulations!”

Someone else joked: “Congrats, but if the world ends, I’m blaming you.”

Georgia’s latest pregnancy was revealed in May, when David appeared on The Late Late Show.

The show’s host James Corden said: “You just told me you and your wife, the lovely Georgia, are expecting your fifth child.”

David replied: “I know! Five is a lot. What’s really weird about it is we’re now getting lectures on birth control from our 17-year-old son.”