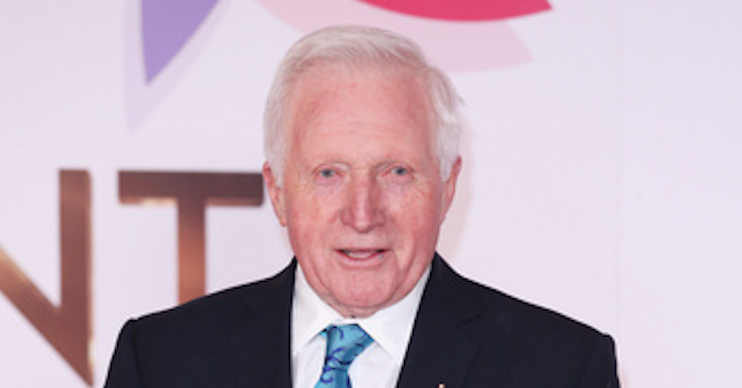 '[Johnson] lies everywhere to everyone,' he is reported to have said

Veteran broadcaster David Dimbleby has slammed the Prime Minister for being ‘untrustworthy’ and having no regard for what people think, according to reports.

The highly-respected journalist and former host of Question Time is said to have accused Boris Johnson of being ‘ignorant’ and ‘floundering’ – and believes the manner in which the government has sought to undermine the BBC is ‘dangerous’.

Mr Dimbleby, 81, is also reported to have suggested Mr Johnson hopes to avoid press scrutiny of his alleged plans, decisions and actions by fuelling the row over the licence fee – even though he ‘makes up’ his political strategies as he goes.

Speaking with TV channel ARD in Germany, Mr Dimbleby insisted attempts by the Conservatives at ‘damaging’ the Beeb must be resisted, particularly with Mr Johnson staying away from interviews himself.

“It is a way of damaging and undermining the BBC that is dangerous and should be resisted forcefully if public broadcasting is to survive. Anything that chips away at what we believe to be a good democratic process is dangerous and has to be fought against.

“It has to be explained why not speaking to people is dangerous, why not appearing on television is dangerous.”

However, several press reports have subsequently claimed Mr Dimbleby made further cutting remarks which were not broadcast on TV.

According to Mail Online, Mr Dimbleby went on castigate the PM – who this week is reported to have reached a court settlement over his divorce from wife Marina Wheeler – for his ‘constant’ lies and for following Donald Trump’s populist tactics.

“Johnson is aping some of the attitudes of Trump. He is a different kind of political animal, like Trump, very similar rulebook. If you are like that the one thing you don’t want is people questioning what you’re doing, which is why he won’t let his ministers go on television or any serious programme.”

Adding the government is ‘arrogant with power’, Mr Dimbleby apparently blasted the PM for wanting to avoid independent analysis from the press.

He is also said to have indicated that Mr Johnson’s alleged approach of ‘not caring what people think’ will come back to haunt him when his alleged Brexit plans fall apart.

The transcript said to be of Mr Dimbleby’s remarks is reported to have continued: “The moment will come when they need to talk to someone. Things are not going to go easy. The decisions that are stacking up over Brexit, trade negotiations, are going to be very difficult. At some point they will need to explain why they failed to get the 100 per cent they promised.”

According to Mail Online, Downing Street has declined to comment on the reported remarks from David Dimbleby.

ED! has also approached a representative for Mr Dimbleby for comment.