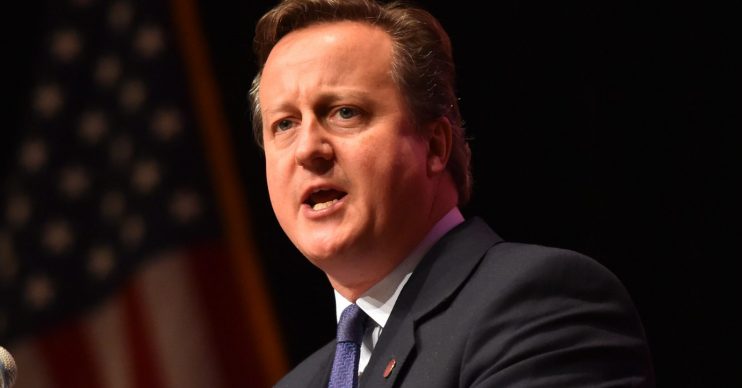 The former Prime Minister was headed to New York

A bodyguard of former Prime Minister David Cameron is reportedly under investigation for leaving a handgun in an aeroplane toilet.

According to the Daily Mail, the weapon was discovered by a ‘terrified passenger’, who handed it to staff on board the British Airways plane flying to London from New York on Monday (February 3 2020).

Read more: Phillip Schofield and Holly Willoughby in hysterics as David Cameron swears on This Morning

The Metropolitan Police, which provides continued security for former prime ministers, said in a statement: “We are aware of the incident on a flight into the UK on February 3 and the officer involved has since been removed from operational duties.

“We are taking this matter extremely seriously and an internal investigation is taking place.”

The 9mm Glock 17 pistol, according to the Daily Mail, is believed to have been left in the toilet compartment when the bodyguard – a close-protection officer in the Met’s Specialist Protection unit –  removed their holster.

The gun was discovered alongside the officer’s and David’s passports, according to The Sun.

An internal investigation is taking place.

Someone claiming to have been a passenger on the flight told the publication: “There was a real commotion going on with a guy near to me. He said he had found a gun in the toilets, which was met with disbelief.

“A few minutes later the captain came into our section and confirmed a gun had been found, which freaked everyone out.

“He tried to calm everyone down by explaining that the law allowed handguns on planes for protection officers and that the gun was back with the bodyguard.”

Speaking further, the unnamed passenger told The Sun that the man who discovered the gun “wasn’t having it” as he “felt uncomfortable” at the idea of a firearm being allowed onto the plane.

ED! contacted the office of David Cameron for comment.

David became prime minister in 2010 and held the office for six years, stepping down in 2016 shortly after the EU Referendum and the beginning of Brexit.