Cast your mind back a few years and you may remember a woman called Rebecca Loos.

That's right, the one who worked as a personal assistant to David Beckham when he played for Real Madrid in the early Noughties, and who claimed she'd had an affair with the then-England footballer.

She later made appearances in reality shows Celebrity Love Island and The Farm.

Well, the one-time glamour model has now come out with a shocking claim that the late PR guru Max Clifford offered her £1million to make a SEX TAPE in the aftermath of those reports. 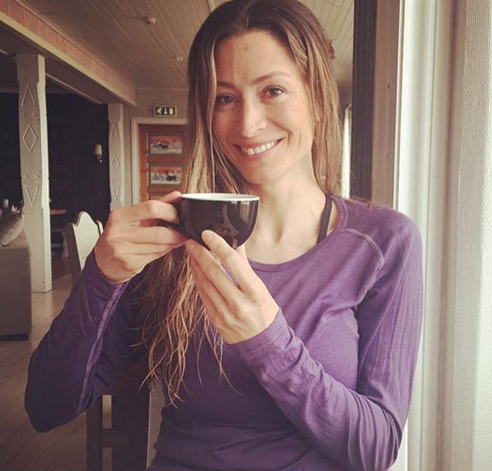 Appearing on The Emma Barnett Show on Radio 5 Live, Rebecca – now a 40-year-old mum of two – said: "One of the first things Max Clifford offered me when I came to the UK after the story broke was to do a sex tape.

For me, it was never about the money. It was about the truth; about being honest.

"I made quite a bit of money in the first year, absolutely. But I got offered bigger deals with even more money that I turned down.

"For me, it was never about the money. It was about the truth; about being honest."

After Rebecca's claims of an affair with Beckham appeared in the British tabloids, the now father-of-four issued a statement.

It read: "During the past few months, I have become accustomed to reading more and more ludicrous stories about my private life.

"The simple truth is that I am very happily married. I have a wonderful wife and two very special kids. There is nothing any third party can do to change these facts."

Read more: Victoria Beckham proves she CAN let her hair down with intimate NYE snaps

Max Clifford died on 10 December, aged 74, after collapsing in his prison cell.

At the time, he was serving an eight-year sentence for historical sex offences.