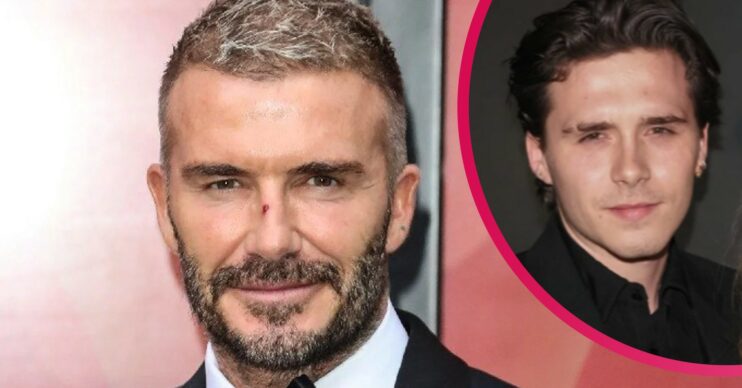 David Beckham has shared a first glimpse into the wedding preparations for his son Brooklyn‘s big day.

The 23-year-old photographer is set to tie the knot to fiancée Nicola Peltz in the coming months.

Ahead of the day, David joined his dad David and his father-in-law Anthony Adams as the group went suit shopping.

Taking to Instagram yesterday (March 14), David shared a snap of himself alongside the two grandfathers.

The trio looked smart in identical black suits, with the star opting for a pale blue shirt and tie.

David, 46, teased the suits were all in preparation for his son’s big day.

He captioned the post: “Creating special memories. Wedding plans underway & the dads are all suited and booted @victoriabeckham @jackie.adams_.”

Fans rushed to comment on the snap, with one saying: “Sharp dressed men.”

Another added: “A lovely sight.”

“The sexiest man alive,” a fourth shared, while a fifth added: “All so handsome!!!”

When is Brooklyn and Nicola’s wedding?

It’s reported that Brooklyn’s wedding will take place next month.

However, an exact date has not been released.

Alongside his fiancée Nicola, Brooklyn recently opened up to Vogue about their wedding day.

The couple explained the wedding will be traditionally Jewish, with Brooklyn wearing a Yarmulke.

The groom told the publication: “Full wedding prep mode and it’s a lot of fun. It’s strange, because the more wedding meetings that we have, the more real it feels.

“Like it still kind of feels fake, in a way. I’m excited. I’m wearing a Yarmulke.”

Nicole added: “Yes, Jewish wedding. So, the Friday night, Brooklyn’s gonna stay with my dad, my brothers, and then his dad and his brothers and have like a boy slumber party.

“And I’m going to stay with the girls. So, from the Friday night dinner, we’re not going to see each other until we get married in the afternoon. We’ve been panicking about it, this one night apart.”