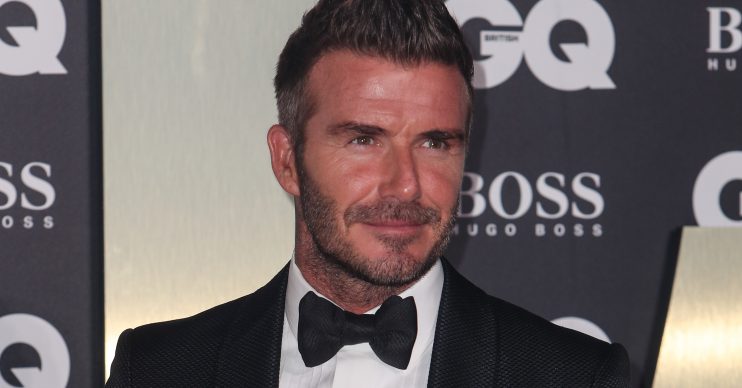 This father and daughter duo are so sweet

Dad-of-four David Beckham has melted fans’ hearts after taking his daughter Harper for a festive glide around the ice rink.

David, 44, and eight-year-old Harper wrapped up in warm clothes before heading to London’s National History Museum together.

Once there, the pair stepped out onto the ice and skated around the attraction’s giant Christmas tree and twinkling lights.

Proud dad David snapped several photos of his father and daughter day out, including one of Harper using a push along penguin.

In another picture, the youngest of the Beckham children can be seen performing a very impressive arabesque.

And in a third, David and Harper are sharing a sweet kiss on the ice. Adorable!

You two have such a lovely bond

Posting the photos on Instagram, David told his 59 million followers: “It’s beginning to look a lot like Christmas 🤶🎄.. Thanks to @nhm_icerink for looking after us today.”

One fan commented: “So beautiful you two❤️.” Another swooned: “This is just beautiful. 😊”

A third added: “You two have such a lovely bond ❤️❤️.”

A lot of love for mummy this afternoon .. Well done @victoriabeckham we are so proud as always ❤️ @brooklynbeckham @romeobeckham @cruzbeckham #HarperSeven ❤️

In July, David set smitten fans off again after posting a tribute to Harper on her eighth birthday.

The former England captain wrote: “What more can daddy say other than I love you so much little girl and please stop growing up.”

He then added: “Happy Birthday to my pretty lady.

“Your smile melts all our hearts.” Too cute.