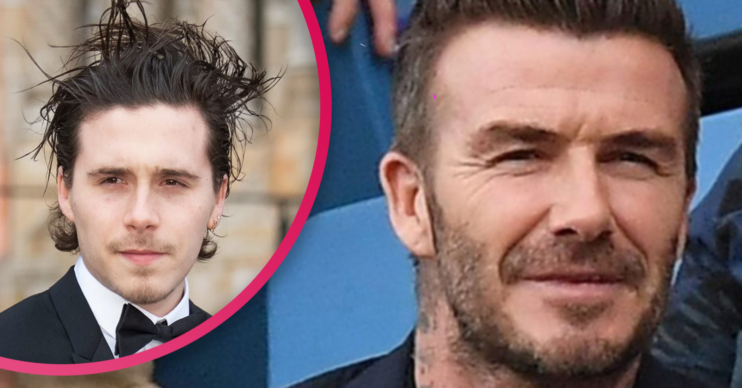 David Beckham has left fans gushing over a smouldering shot of himself on holiday.

The 45-year-old former footballer looked incredible as he posed up a storm during a recent family trip to Italy.

The shot showed David modelling a simple white T-shirt and a pair of stylish sunglasses from his range.

The picture seemingly appears to have been taken by David’s eldest son Brooklyn.

The father and son duo teamed up to shoot the collection last month.

Fans rushed to compliment the star, with one writing: “Still got the looks 🔥 .”

Another said: “Most stylish footballer ever❤️❤️🔥🔥.”

David shares a special bond with son Brooklyn, having recently congratulated the photographer on his engagement to Nicola Peltz.

He wrote: “Congratulations to these two beautiful people.

The 21-year-old has since sparked speculation he’s already married fiancée Nicola after appearing to wear a wedding band in a recent snap.

In the picture uploaded by his mum Victoria, Brooklyn is seen wearing gold band on his ring finger.

Victoria gushed over the snap, saying: “Love you so much @brooklynbeckham @cruzbeckham.”

Naturally, the post left fans asking if he and actress Nicola had secretly tied the knot.

Meanwhile, it’s also believed the pair could get married at St Paul’s Cathedral.

Brooklyn and Nicola are able to use the London venue for their wedding as David and Victoria have OBEs.

A source told The Sun on Sunday newspaper: “David and Victoria are aware Brooklyn can get married at St Paul’s.

“They are overseeing their British wedding and want to make sure it has the wow factor for Nicola’s family.

“If they went ahead, the wedding would have real gravitas and set the benchmark for what comes later in America.”

The insider added that Brooklyn and Nicola “are weighing up their options”.