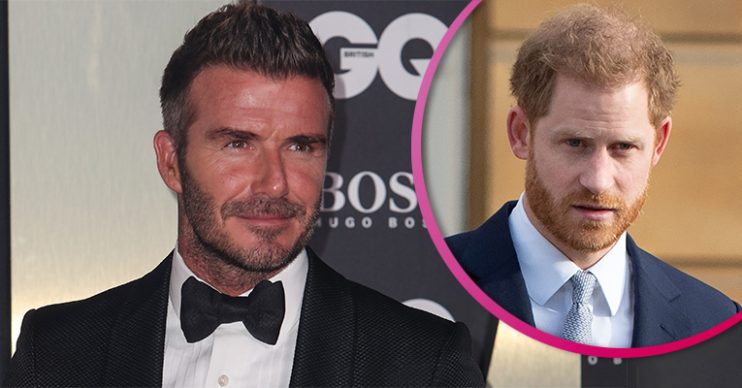 David Beckham has said he’s “proud” of Prince Harry after his decision to split from the royal family.

Harry and his wife Meghan Markle are stepping back from their roles as senior royals officially next month and plan to become “financially independent”.

Their decision – which has been approved by the Queen and the rest of the royal family – has been met with worldwide criticism from some.

Former footballer David has now praised Harry and thinks he’s “enjoying being a young father for the first time”.

Speaking to Entertainment Tonight Online, David said: “I haven’t spoken to Harry about him moving. We speak as friends and that’s the most important thing for me.

“I think he’s enjoying being a young father for the first time and that’s what we always spoke about. When you are a parent it changes everything for you. He always needs to be happy.

I think he’s enjoying being a young father for the first time and that’s what we always spoke about.

“We love him and he’s an amazing person – and that’s the most important thing. But I’m proud to see him growing up as an individual ad being that person every father wants to be.”

David said “every father wants to be loving to their children and that’s what I see with him”.

Meghan and Harry have been enjoying a month in Canada with their son Archie, who was born in May last year.

This week, Harry returned to the UK to attend a summit for his sustainable tourism project, Travalyst, in Edinburgh.

Read more: Prince Harry asks to be called by first name only as he returns to UK for engagement