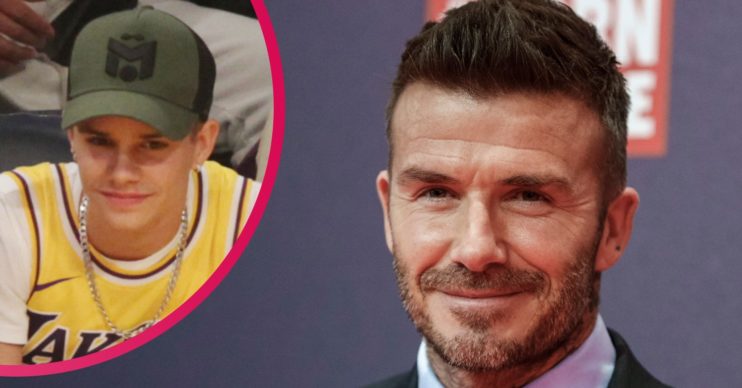 Faster than his boy

David Beckham poked fun at his son Romeo as the two of them went out for a run together.

The 17-year-old posted a picture and video from the jog on Instagram, and his former footballer dad, 45, couldn’t help mocking him in the comments.

What did David Beckham say to his son Romeo?

In the photo, shared on Thursday (August 13), Romeo and David stand with their tops off in the blazing sun, an incredible holiday vista stretching out behind them.

A video included in the same post shows the teenager running some distance behind his old man.

David can be heard breathing heavily behind the camera as he gets his breath back. He shouts, “Keep up!” before Romeo increases his pace to run past him up a steep hill.

“Running in the heat,” Romeo wrote in the caption.

Read more: David and Victoria Beckham mock one another as he posts hilarious throwback

In the comments, David kept the rivalry going as he quipped, “I think I was quicker @romeobeckham” with a laughing-crying emoji.

The dad of four is no stranger to trading banter with his family on social media.

Earlier this week, he delighted fans by sharing a throwback snap and 46-year-old Victoria  had to throw a little jibe at her husband.

On Instagram, the football icon promoted his fragrance line by recreating an old photoshoot in a now-and-then pic.

He wrote: “Same look, few more grey hairs 15 years on. Having some fun with @BrooklynBeckham recreating this shot from 15 years ago by the legendary @annieleibovitz. #DavidBeckhamFragrances.”

Victoria jokingly replied, oozing sarcasm, “This is the best post I have every seen! It is EVERYTHING!” with a string of laughing emojis.

David was quick to clap back with: “Whatever @victoriabeckham. Better than your golden hour shot that I didn’t know you were posting.”