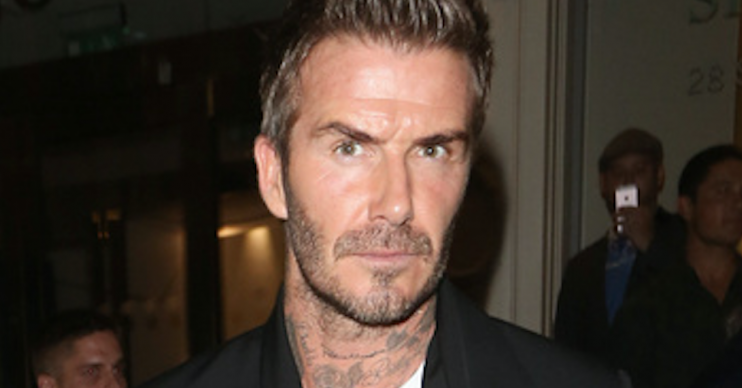 Footballing legend David Beckham has missed out on a gong in the New Year Honours list.

The 43-year-old is regularly tipped to be in the running for a knighthood, having been awarded an OBE in 2003 for services to football.

But after newspaper claims he was ‘snubbed’ two years ago following reports suggesting his investment in a tax avoidance scheme had come under scrutiny, Becks is yet to add the title of ‘Sir’ to his many accolades.

However, according to The Sun, Dave and wife Victoria are now believed to be among Britain’s biggest taxpayers.

Journalist Robert Watts, who puts together the Sunday Times Tax List, is reported to have concluded: “This may perhaps raise the prospect of us one day seeing Sir Golden Balls and Lady Posh.”

This may perhaps raise the prospect of us one day seeing Sir Golden Balls and Lady Posh.

Dad-of-four David was reported to have told friends in 2017 that he is just a “normal person” who was “extremely disappointed not to get a knighthood”.

But this year he had been a favourite with the bookies to bag the prize, with a William Hill spokesperson suggesting in the run up to the announcement that David might expect to feel a sword tapping on his shoulder.

“He will be hanging round the phone hoping for the call over the next couple of days,” they had said.

One fan pondered on Twitter: “No knighthood for David Beckham again????”

And another social media user, in discussion with another person about whether or not F1 driver Lewis Hamilton deserves a gong, claimed: “David Beckham needs a knighthood before Lewis anyway the amount Beckham has done for charity etc and he is more deserving!”

#davidbeckham lookin for his knighthood pic.twitter.com/F28XfnhXxM

Film directors Sam Mendes and Steve McQueen have both been knighted in the list of award recipients, while Grease star Olivia Newton-John and Floelle Benjamin have been made dames.