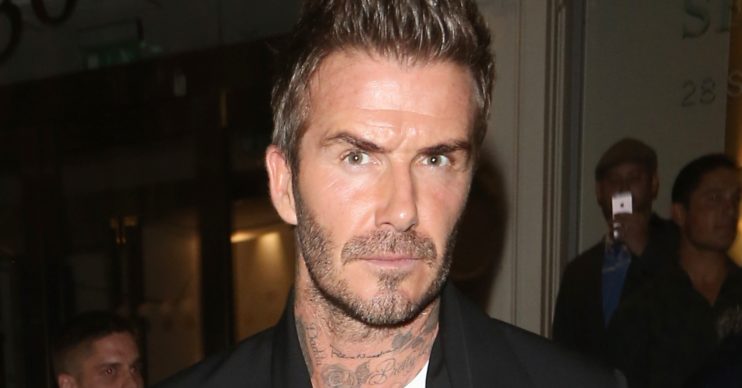 David Beckham knows as well as the rest of us that when you have a food craving, sometimes you just have to satisfy it.

He drove for an hour, according to The Sun, to pick up fish and chips.

The round trip was made from the Beckhams’ Cotswolds home, where they are spending lockdown.

Instead of going to a chippy nearby, the Beckham clan prefer to get their cod and chips from Off The Hook in Witney, Oxfordshire.

And it seems David doesn’t mind driving all the way from their countryside home near Great Tew in order to get the dinner in.

The fish, chip, and pizza restaurant were clearly delighted with their VIP customer.

They even asked him for a photo – which they later posted on their Instagram page.

We have the best customers at OFF THE HOOK!!!!!!

David is pictured grinning next to an employee as he waits for his food to be ready.

The caption read: “We have the best customers at OFF THE HOOK!!!!!!”

We can’t argue with that.

It doesn’t seem likely that Becks struggled to pay the bill, whatever he ordered at the chippy.

The Beckhams have shared snapshots of their life in the countryside while they self-isolate.

Recently, David shared a picture of himself and Victoria in a field.

The rural scene was complete with a stick held by David for walking through undergrowth, and a hat which wouldn’t be out of place on a farmer.

But he confessed that his hat wasn’t as enthusiastically received by Victoria.

“Saturday sunshine walk but someone isn’t overly impressed with my hat. I obviously love it,” David captioned the cute Instagram shot.

What did you think of this story? Go to our Facebook page @EntertainmentDailyfix and leave a comment to let us know what your views are.