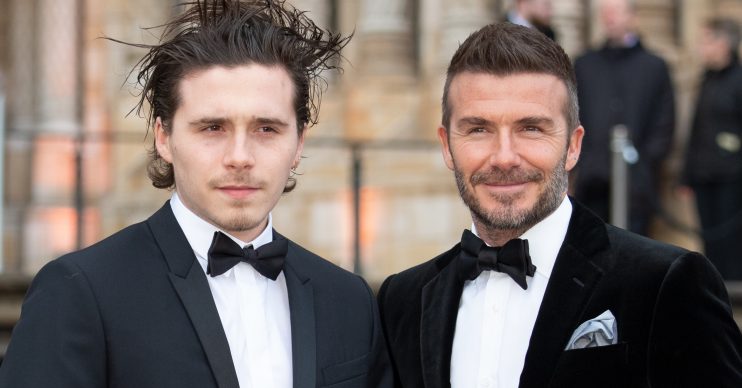 The couple were spotted having a 'blazing row' at Cannes Film Festival last month.

David Beckham has reportedly told his son Brooklyn to distance himself from his girlfriend.

The 44-year-old retired football star has asked the 20-year-old aspiring photographer, whom he has with his wife Victoria Beckham, to have some space from Hana Cross after they were spotted having a blazing row at Cannes Film Festival two weeks ago.

A source told The Sun newspaper: “David’s got a tight bond with Brooklyn and it’s been worrying for him and Victoria to watch him arguing with Hana.

“They’ve been so up and down these past few weeks and David wants Brooklyn to have a serious think about whether he’s got a future with her.”

David – who also has Romeo, 16, Cruz, 14, and Harper, seven, with the fashion designer – has also asked Brooklyn to stop bringing the 22-year-old mode along to family events.

The insider explained: “David has asked Brooklyn to spend more time with them all in a bid to get inside his head and help him.

He knows that young love can be tough but he doesn’t want these public slanging matches to become a regular theme. Rather than interfering he’s trying to play it cool and just give Brooklyn some advice.

But it seems pretty clear to everyone around him that David isn’t Hana’s biggest fan right now.”

Brooklyn began dating Hana in December but, since then, they have split numerous times and hit the headlines following a series of public rows in London and Los Angeles.

Entertainment Daily has contacted reps for David Beckham for comment on this story.

This isn’t the first high-profile romance he’s had as Brooklyn was previously in an on/off relationship with actress Chloe Grace Moretz but they split because they found it difficult to make their long-distance love work once the hunk moved back to London.