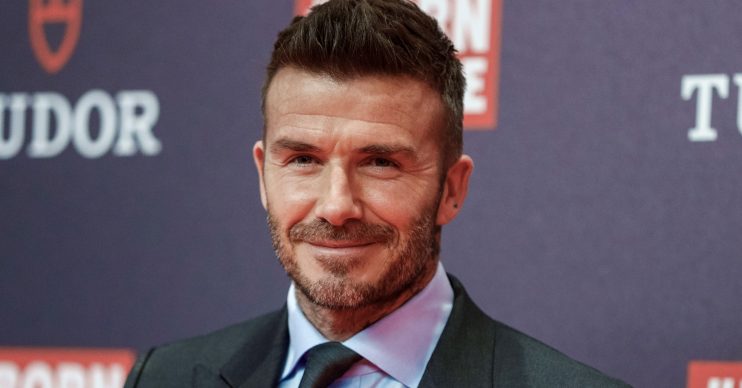 The family are on holiday in Miami

David Beckham has shared a sweet video of himself kissing daughter Harper on the lips during a family holiday.

The former footballer, his wife Victoria and their four children – Brooklyn, 20, Romeo, 16, Cruz, 14, and Harper, seven, – are currently holidaying in Miami.

On Sunday, the family enjoyed a boat ride across a lake and David shared a video of himself and his little girl Harper enjoying some quality daddy-daughter time together.

In the clip, David is seen sharing a peck on the lips with Harper, who appeared to be enjoying the boat ride alongside her famous family.

After sharing a kiss, David wrapped his arms around Harper as they looked out onto the lake.

The star has received much criticism from certain people – including Good Morning Britain presenter Piers Morgan – over kissing Harper on the lips, with some trolls calling it “wrong”.

Back in 2017, David was ridiculed when he posted a pic of him and Harper sharing a peck when she was five years old.

At the time, David said in a Facebook live video: “I got actually criticised for kissing my daughter on the lips the other day.

Meanwhile, David shared a string of other photos from their Miami getaway over the weekend.

One snap sees David and Victoria – who married in 1999 – cuddled up on the boat.

David added a sticker to the image which read: “Miami.”

He also shared a sweet family photo to Instagram, showing David and Victoria alongside their children.

In the photo, dad David is seen with his arms wrapped around his boys as Victoria held onto son Brooklyn’s hand.

Cruz is also seen with his hands resting on Harper’s shoulders.

David captioned the post: “Thank you Miami what a beautiful week, creating special memories & so excited @intermiamicf… So many more to come.”

The family’s holiday in Miami comes after David was banned from driving for six months and fined £750 for using his phone behind the wheel.

The star attended Bromley Magistrates’ Court on May 9 after admitting to using the device while driving his £100,000 Bentley in November last year.

He was also given six points on his license during the brief hearing.

What do you think about David kissing Harper on the lips? Leave us a comment on our Facebook page @EntertainmentDailyFix and let us know.