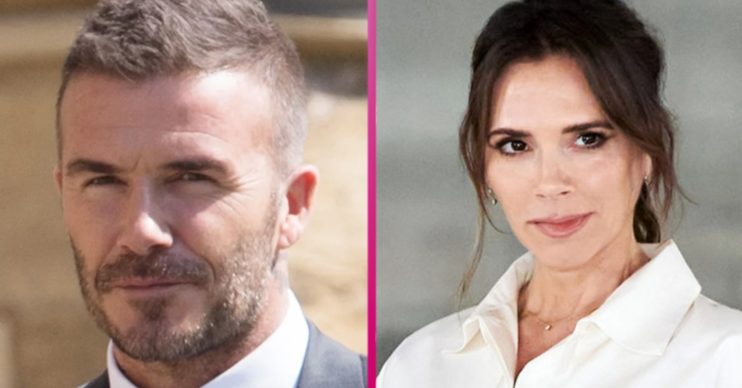 Victoria feared they could be 'super spreaders'

David and Victoria Beckham reportedly caught coronavirus in the US at the start of March.

Victoria apparently feared they could be ‘super spreaders’ of the virus after flying back to the UK.

Several relatives and staff members were also reportedly hit by the virus. Symptoms reportedly revealed themselves after the Beckhams and their kids spent two weeks jetting across the world.

It is also claimed a “panicked” Victoria insisted they all follow quarantine protocols strictly.

Read more: Tess Daly announces her departure as a presenter of Children In Need

A tabloid reports David and Victoria travelled between Los Angeles, London, the Cotswolds, Miami and back to the Cotswolds again between March 5 and 19.

They had initially returned to the UK to celebrate son Brooklyn’s 21st birthday.

Victoria really panicked and made the whole family quarantine rigidly for more than two weeks.

An unidentified source explained to The Sun that the “absolute nightmare scenario” saw David doing publicity work for his football club. Victoria and their kids also joined him for a “couple” of schmoozing events.

However, the publication claims David and Victoria endured symptoms which could be linked to coronavirus after returning to the UK from Miami.

What symptoms did David Beckham and Victoria Beckham have?

The source went on to claim David had begun to feel ill and Victoria had a sore throat and high temperature.

It is reported that staff members – including drivers, bodyguards and assistants – became struck down.

The insider added: “Victoria really panicked and made the whole family quarantine rigidly for more than two weeks.

“She was utterly petrified they might be super-spreaders, and did all she could to minimise all future risk.

“Not only was she poorly in bed, she was also completely panicked. It was a rough few weeks.”

David and Victoria spent a lot of the summer based in their luxurious country manor. But The Sun reports they took swab and antibody tests before their recent holidays in Greece and Italy.

Beckhams back Clap For Carers

David and Victoria were also among the first famous faces to back Clap For Carers after lockdown happened in late March.

They regularly shared photos and videos of them and their family cheering for the weekly celebration of NHS workers.

Victoria also FaceTimed a group of NHS staff to praise them for their work,

She hailed them as she shared a video clip of the call on Instagram: “Yesterday I had the humbling opportunity to speak to an NHS team in Scotland.

Yesterday I had the humbling opportunity to speak to an NHS team in Scotland. Please have a look and listen to what they are saying. They are so inspiring and we all need to do our part in staying home and helping these incredible workers and their colleagues on the frontline x VB

“Please have a look and listen to what they are saying.

“They are so inspiring and we all need to do our part in staying home and helping these incredible workers and their colleagues on the frontline x VB.”

“The hours you are doing and being away from your loved ones must be so difficult,” she said.

Victoria also donated 25 per cent of her designer fashion sales to food banks, at a time that donations fell because of the pandemic.

She said: “Words can’t describe how thankful we all are for the bravery and hard work of everyone who is making significant sacrifices to keep us safe.”

ED! has approached representatives for both David and Victoria for comment.