David Beckham has amused his fans by sharing an embarrassing exchange he had with his mum, Sandra, via text.

The former footballer has recently been out in Macau and his doting mum messaged him to check he got back safely.

"Hi, just wondering if you're home," she texted him. 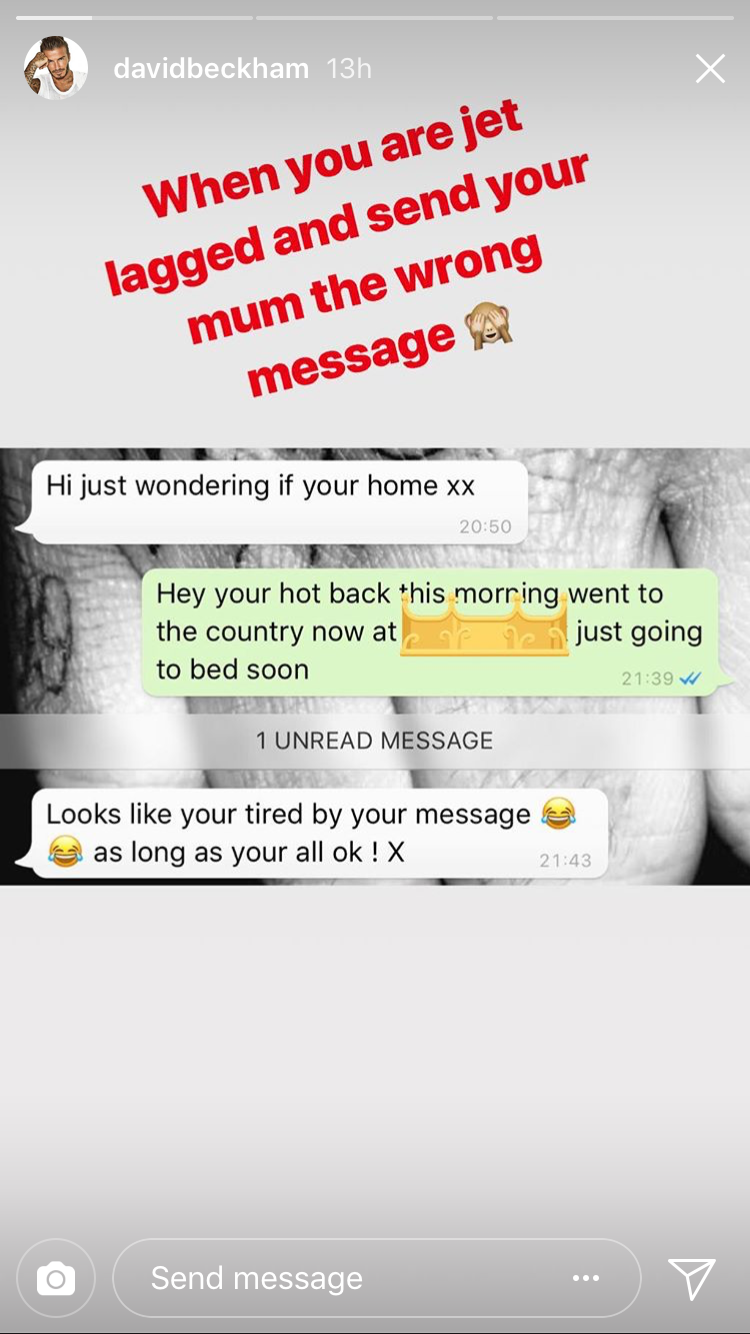 David had this exchange with his mum when he was jet lagged (Credit: Instagram)

The father-of-four admitted he didn't check his reply for mistakes before writing back, and ending up telling his mum: "Hey your hot back this morning."

He then covered part of the message so as not to reveal his current location to fans, before telling his mum: "Just going to bed soon". 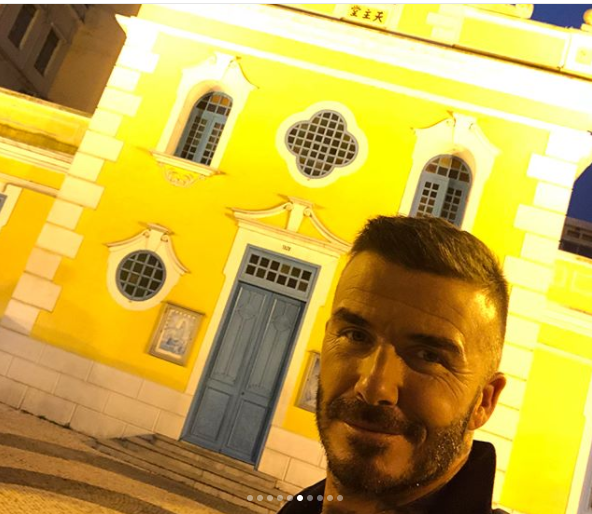 The former footballer has been in Macau (Credit: Instagram)

Sandra was amused by her son's words and replied to tell him: "Looks like you're tired by your message. As long as you are ok!"

A mortified David then shared the conversation on his Instagram Stories writing: "When you are jet lagged and send your mum the wrong message."

David, 42, had been travelling back from Macau where he has been supporting the Special Olympics, who help people with disabilities get into sport.

I am honoured to be supporting such a great organisation and to meet these incredible children. @specialolympicsmacau @thevenetianmacao #LightTheNightRun

He shared numerous pictures from his trip with his Instagram followers as he met locals and browsed the street markets in between some night filming.

Of his involvement with the Special Olympics, he wrote: "Honoured to be supporting such a great organisation and to meet these incredible children."

His absence meant wife Victoria had a busy time last week juggling childcare with her work as a fashion designer. 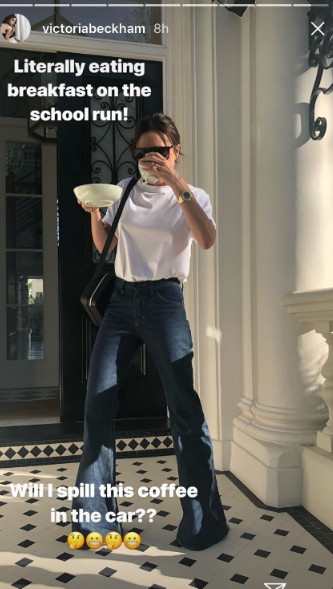 Victoria revealed she was struggling on the school run while David was away (Credit: Instagram)

She shared an image of herself rushing out of the house with a cereal bowl and coffee cup captioned: "Literally eating breakfast on the school run!"

She added: "Will I spill this coffee in the car?"