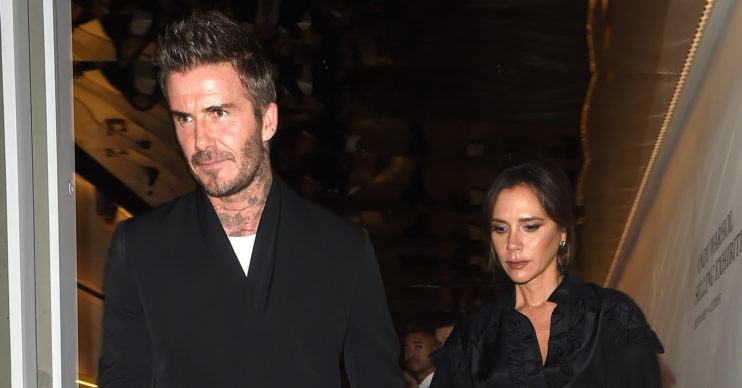 David and Victoria Beckham may live in a plush £6million country mansion – but even this can’t save them from noisy neighbours.

Despite them living out in the fairly remote Cotswolds, a car park is set to be constructed near their estate.

The former footballer, 45, and Spice Girl 45, are reportedly powerless as the expansive building work gets underway.

In what appears to be a new holiday resort, plans are in place to build extensive grounds just yards from the Beckhams’ country home.

And this includes a car park to fit up to 100 cars.

According to The Sun, additional plans include building six five-bedroom lodges, a garden, swimming pool, restaurant and various other leisure facilities.

“Will be hell for them”

Up to now, the Beckhams had enjoyed peaceful bliss at their isolated estate as their only neighbour was a 19th century privately owned walled garden.

However, plans were drawn in 2017 to convert the area to a new holiday resort location.

Read more: Sheridan Smith beams with pride as she poses with newborn son

A source told the tabloid that construction “will be hell for them”.

Perhaps ironically, the power couple are planning to invest potentially millions into their new home.

They have received planning permission to extend and renovate much of their home.

And their plans include having a secret tunnel installed under their home.

The Rooneys reportedly have one at their Cheshire mansion. They are designed to provide an escape route should emergency strike.

In addition to the escape tunnel, their plans also include a basement wine cellar and a security hut.

The security hut will be large enough for three people at a time – ensuring that the property is guarded 24 hours a day.

The proposal includes: “The [proposed] development includes a new basement cellar constructed beneath the extension to the existing garage outbuilding with a linked walkway…

“The basement cellar beneath is for storage of wine and the proposed use of the outbuilding is solely in association with the main dwelling house. It will improve security for the occupants of the property.”

Although they may have noisy building work at their home and from their neighbours soon – fortunately the couple have a huge property empire.

They own additional homes in London, Miami and Dubai – so they should have plenty of respite options.