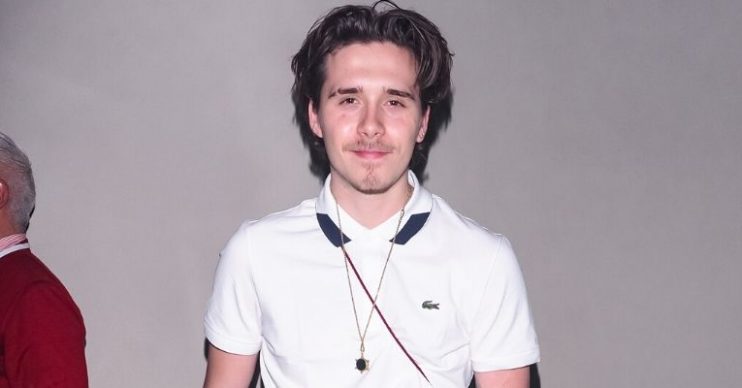 It’s hard to believe that Brooklyn is about to turn 21, but his parents are planning to celebrate in true Beckham style by throwing their eldest son a huge £100,000 party.

Of course, being one of the most high profile families in the world, David and Victoria are making sure the exclusive birthday bash will be packed with A listers.

Among those descending on the family’s Cotswolds estate to celebrate the milestone birthday on March 4 are Brooklyn’s godfather, Elton John, director and close family friend Guy Ritchie and stunning model and actress Cara Delevingne.

A source told The Sun: “A lot of thought and effort has gone into Brooklyn’s big day, and he is really excited. It’ll be wall to wall celebrities, and a lot more extravagant than the hiring out of the local town hall.”

Also on the guest list is Brooklyn’s girlfriend Nicola Peltz. The 25-year-old actress has appeared in Hollywood movies including Transformers: Age of Extinction and The last Airbender and is the daughter of US billionaire businessman Nelson Peltz.

The cute couple have been dating since October and budding photographer Brooklyn has declared his feelings for her, saying he loves her with all his heart in the latest of a string of loved up Instagram posts.

In the adorable post, he says: “I promise to always take care of you and to love you with all my heart.”

She then responds simply saying she loves him too – the pair are truly smitten.

In the past he’s been linked to actress Chloe Moretz and model Hana Cross, but it looks like he’s finally found true love with Nicola.

According to Metro, sources have said that the young couple are even considering getting married, reporting that Victoria is so keen on the pair getting hitched that she is already having wedding ideas.

Happy birthday babe xx 🎂😘 you have such an amazing heart xx

It would mean that Brooklyn would be following in his parents’ footsteps –  Victoria and David got engaged after just six months when they were in their early 20s, and celebrated their 20th wedding anniversary last year.

That truly would be the wedding of the year!