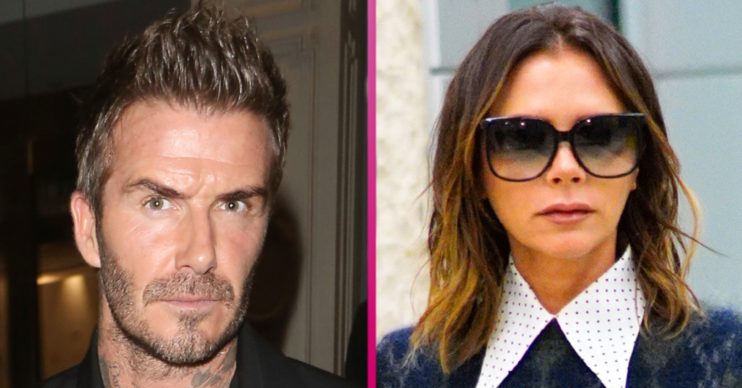 The couple tried to legally block their neighbours from their plans

David and Victoria Beckham will reportedly endure hours of construction noise every day from their London neighbours.

The celebrity couple own a £31 million townhouse in Holland Park, London.

But their leafy London haven will reportedly get interrupted by hours of building work noise – which could go on for months.

Scaffolding has already gone up at their next door’s neighbours equally lavish home.

This is according to a report in The Sun.

David and Victoria had previously tried to stop the construction work from happening at all.

They apparently feared that a new balcony on their neighbour’s home would intrude on their privacy.

David and Victoria Beckham could endure noisy neighbours for months

Paperwork reportedly showed that they shared concerns that their neighbours would be able to look down onto their back garden.

After filling opposition to the plans, they initially won in April.

However, the neighbours then resubmitted adjusted plans and were given the go ahead in June.

And it will reportedly be noisy indeed.

The massive renovation project has been given permission by the council to operate between 8am to 6pm Monday to Friday.

Luckily, the Beckham’s have several other homes to escape to.

They also own a Cotswolds estate and a penthouse in Miami, Florida.

Their Cotswolds home ‘will have noisy neighbours too’

But they may have to go to stateside to avoid construction noise.

Also reported in The Sun, they could face months of construction work in the Cotswolds as well.

Planning permission reveals that a holiday park will be constructed just beyond the walls of their Cotswolds home.

Plans reveal building work to construct a car park for up to 100 cars.

And there are additional plans to build six holiday lodges, a restaurant, garden and additional leisurely facilities.

What’s more, the couple will be completing extensive work on their home too.

They intend to add an ‘escape tunnel’ under their home which leads out to their cars.

Created in case of a quick getaway, Wayne and Coleen Rooney will reportedly have the same thing.

They’ve also drawn up plans for a wine cellar, multi-car garage and a security hut.

Ent Daily has contacted reps for Victoria and David for comment.